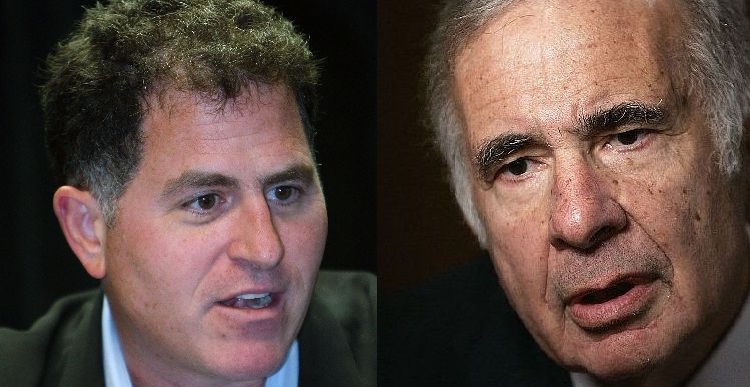 Well it ain’t over till the lady stops singing (we will omit the hurtful adjective “fat” usually included with this epithet), but she is certainly just about there with a very long open letter of capitulation written to Dell shareholders by Carl Icahn, salient and brief excerpts of which we publish below:

I continue to believe that the price being paid by Michael Dell/Silver Lake to purchase our company greatly undervalues it, among other things, because:
1. Dell is paying a price approximately 70% below its ten-year high of $42.38; and
2. The bid freezes stockholders out of any possibility of realizing Dell’s great potential.”

We have therefore come to the conclusion that we will not pursue additional efforts to defeat the Michael Dell/Silver Lake proposal, although we still oppose it and will move to seek appraisal rights.

I realize that some stockholders will be disappointed that we do not fight on.

However, over the last decade, mainly through “activism” we have enhanced stockholder value in many companies by billions of dollars. We did not accomplish this by waging battles that we thought we would lose.

Michael Dell/Silver Lake waged a hard fought battle and according to Chancellor Strine, the actions by Dell were within the Delaware law. We therefore congratulate Michael Dell and I intend to call him to wish him good luck (he may need it).”

Fair enough and a very gracious concession note indeed. Now there are no more obstacle left, the shareholders of Dell Inc. will vote finally on September 12th, 2013 on the merits of the deal. This morning Dell shares were trading at US$ 13.85, i.e. almost exactly the final bid value of US$13.88. Clearly the market fully expects the deal to go through too at this point.

Read All  About this Battle over Dell inc. :