Renowned billionaire interventionistinvestor Carl Icahn has reached a compromise agreement with members of the shareholder group in Dell computers who are opposing founder Michael Dell bid made in conjunction with private equity firm Silver Lake, to take the company private at what other shareholders  claim to be below its current market value. 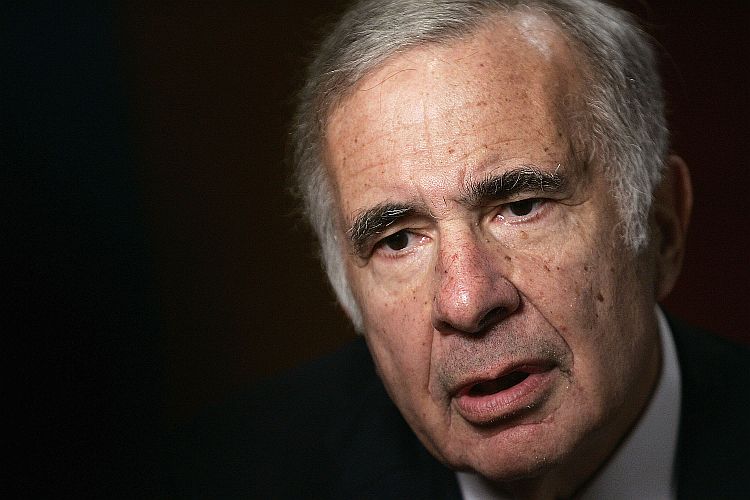 Icahn’s compromise is that he has agreed to limit his investment in Dell Inc to a maximum of 10%, whilst insisting on the right to form a consortium with other like-minded shareholders to put together an opposing bid for the underachieving personal computer maker. Reports have it that according to the agreement,  attempts are being made that will mean Icahn being precluded from signing deals with other Dell’s shareholders that would see their accumulative shareholdings rise to figure above 15% of the company’s current share value

With reportedly more than a billion dollars invested in Dell, Icahn, showed that he still meant business by issuing a brief statement stating that despite this latest agreement with Dell, there is nothing that will prevent him from embarking on a proxy fight if circumstances permit.

To emphasize his standpoint, Icahn hastened to point out that he had refused to accept an offer of $25 million in the form of an expense reimbursement from Dell that would have prevented him from the opportunity of embarking on an attempt to increase his proxy in the company.

Meanwhile Stephen Schwartzman’s private equity company Blackstone who have also stated their intentions in acquiring controlling interest in Dell are remaining tight lipped, although both they and Silver Lake have agreed to accept the $25 million reimbursement, that means them  agreeing to the 15% proxy restriction cap.

Also looking on with considerable interest are Memphis based Southeastern Asset Management who own and 8.4 percent holding in Dell, who were the first to make waves regarding Michael Dell’s initial evaluation of the company of $24.4 billion, and based on a value of $13.65 per share, with Southeastern insisting that the special committee formed by Dell shareholders failed to properly examine all of the shareholders’ options.

Despite the recent announcements of the rapidly decreasing demand for desktop computers in which Dell has traditionally specialized, the company’s share value continues to increase, although slowly, finishing at an average of around $14.00 in recent trading. With many investors predicting that if Icahn does succeed in putting together a consortium of shareholders that will gain control of the company, may signal the exit of Michael Dell himself as CEO.

Members of the pro-Michael Dell camp have pointed out that it will take a tremendous amount of knowledge, expertise, investment and skill to move the company out of the desktop niche and into the smart tablet era. With no one on the horizon better placed than Michael himself to do that job.