With the all-important date of July 18th drawing increasingly closer, when Dell shareholders are due to finally sit down and decide the fate of the company, there appears to be no let up in the battle for power masterminded by investor Carl Icahn and his affiliates to block Michael Dell’s controversial $24.4 billion plan to take the company he founded back into his private hands. 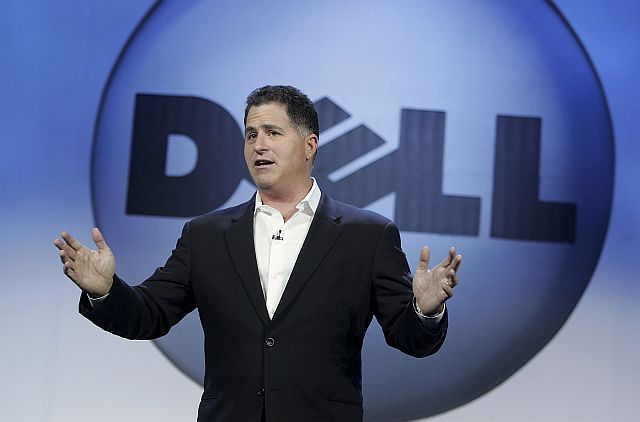 As the market was preparing to close down for the weekend, Icahn again upset the apple cart when he issued an enhanced offer for the company, which they consider that Dell is attempting to undervalue before taking it to privatization.

In a personal appeal to Dell shareholders, Icahn issued an innovative promissory warrant that saw him undertake to pay $20 a share for every share in the company for every unit of four shares that they are prepared to sell now. According to Icahn’s revamped plan, a proportion of Dell computers will be taken private while the remainder will continue to be publicly traded.

With this new offer, which Icahn stressed is in an addendum to his initial proposal that would see him pay $14 for each share in Dell computers. Icahn is making a brave and obviously well calculated risk that his management abilities will see share value in the company rise over $20 once his revamped proposal has been accepted and new management under his control will be running the company. Icahn explained in considerable detail to the shareholders that should take sectors package deal, it could see each of their shares held in the company reaching a value of between $15.50 to $18.00.

Icahn also went to great lengths to express his commitment as well as that of Southeastern Asset Management to bring in fresh management to run the company that will be far superior to Michael Dell, whose record, according to hostile takeover maestro, has been “abysmal” during the previous three years.

Meanwhile Michael Dell and his affiliates, Silver Lake Partners, are still standing firm on the original $13.65 cash per share offer. According to industry sources Dell is also taking a calculated risk to turn the company around as a private concern, free from the undoubted pressures of Wall Street scrutiny in general, and Carl Icahn and other aggressive shareholders in particular.

Michael Dell has already made his strategies fairly public, which are based on moving the company away from the fast disappearing PC market and in the direction of high-margin products such as tablets and Smartphones.

In order for Dell’s buyout plan to be succesful, it will require the approval of 50 percent of shareholders, with Dell being disallowed from voting in favor of himself.

When details of Icahn’s updated offer reached Micheal Dell, he immediately responded by issuing a statement, berating Icahn’s attempts to block the privatisation, explaining that the practice of pursuing appraisal involves will involve shareholders substantial risks and costs.

“If a sufficiently large number of shareholders seek appraisal and thus do not vote in favor of the acquisition (which is required to pursue appraisal rights), the merger agreement will be terminated, the merger will not occur, stockholders will not have the opportunity to receive the $13.65 per share cash merger consideration, there will be no appraisal rights, and stockholders will continue to bear the risks of holding their Dell shares. “ Michael Dell summed up in his statement.

Industry observers are now increasingly pointing to signs of increased levels of desperation in Icahn’s strategy especially as some of the major shareholder advisory groups are starting to advise shareholders to vote for the Dell buyout plan.

According to shareholder advisory groups, Dell’s offer is as straightforward as it comes, assuring shareholders of a tangible value for their holdings, whilst all of the risks and uncertainties that are associated with Icahn’s proposal.

With speculation rife approaching voting day, reports are beginning to surface that Carl Icahn’s principal partners in the takeover bid, Southeastern Asset Management, are beginning to display some cracks in their resolve second, as the personal computer sector continues its downward spiral.

Shares in Dell computers closed for the weekend at $13.32, down by $0.03 for the day, on a day when the markets were generally moving upwards.