Lowy is reported to be seeking compensation from soccer’s global ruling body if they decide to switch the 2022 Qatar World Cup to the winter. 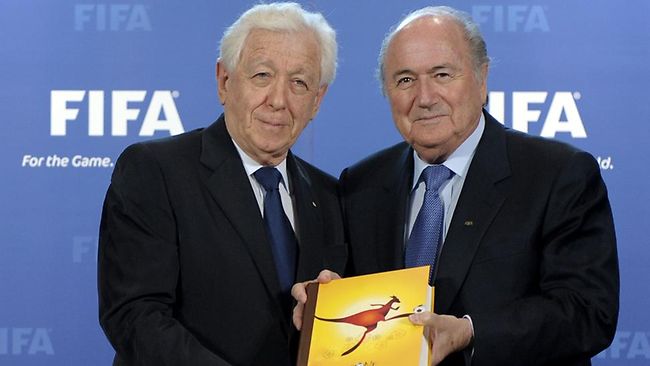 Frank Lowy, head of the Australian Soccer Federation is reportedly up in arms with FIFA regarding their planned intention to turn the soccer world upside down by moving the 2022 World Cup to the winter.

The FIFA World Cup is traditionally held every four years during the summer months, when most of the world soccer leagues close down.

However Qatar, with temperatures reaching 50 degrees Celsius during the summer months, will make an impossible scenario to do justice to the “beautiful game”.

If FIFA do succeed in convincing their members to switch the timing, then Lowy has already made it obvious that Australia’s Football Federation (FFA) will be the first to seek compensation.

Australia was one of the four countries that lost out to Qatar in their bid to host the tournament, despite investing around $40 million in putting together their proposal. Qatar overcame Australia, Japan, South Korea and the United States to win the right to host the 2022 World Cup.

Lowy, in a recent statement, hastened to explain that since December 2010, the FFA has been careful not to let its misgivings about the process be interpreted as sour grapes. ““But now, ” Lowy summed up “with increasing speculation about a change that will impact on us as one of the bidding nations, and because our competition will be affected, we have decided made our position public.”

The FFA statementwent on to strongly suggest that FIFA consider awarding “just and fair compensation” to those nations that “invested many millions, and national prestige, in bidding for a summer event”.

Lowy, who aside from his activities as head of the FFA is also owner of the Westfield shopping centre empire, has also come out in public to insist that FIFA’s executive board not  be “ press-ganged” into making a quick decision regarding moving the tournament to a date when the weather will be cooler.

A long supporter of soccer in Australia, Frank Lowy was elected Chairman of the Football Federation Australia (FFA) in 2003, instigated a campaign to host the 2022 FIFA World Cup in Australia for the first time.

Lowy brought his love for soccer from Hungary where he was born and lived for a number of years, before escaping the country before the holocaust, moving to the UK and Israel, before finally settling in Australia.