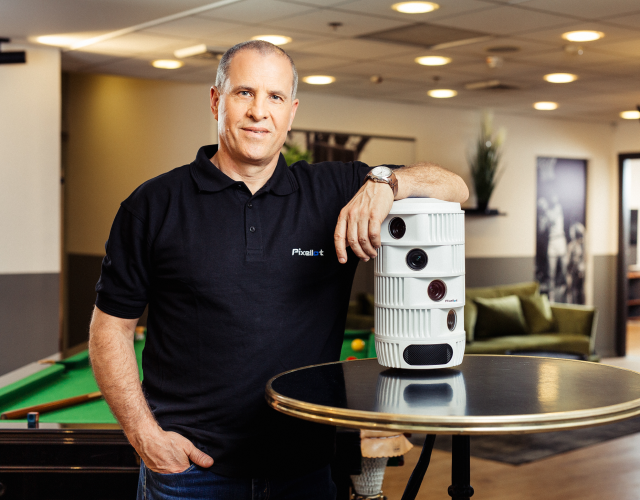 The hits for Israel Startup Nation keep on coming. In May, there were no fewer than 10 Israeli startups that brought in at least $100 million in new financing from investors.

The Israeli startup Redefine Meat is raising an additional $250 million in funding. The company develops meat substitutes with 3D printing that it says taste just like the real thing. Calcalist reported that Bank of America is working with Redefine on the new influx of capital.

Semperis, an Israeli cyber security startup that offers identity-driven cyber resilience tech for enterprises, raised more than $200 million in a Series C round of funding led by KKR. Semperis promises to ensure the integrity and availability of critical enterprise directory services at every step in the cyber kill chain and cuts recovery time by 90%.

Pixellot, an Israeli AI-based sports camera solution, has raised $161 million at a valuation of $500 million in a Series D round, according to Calcalist. The investment round includes secondary transactions in which investors and workers will buy shares.

Pyramid Analytics, an Israeli startup that offers a business analytics platform, raised $120 million in a Series E round of funding led by H.I.G. Growth Partners. With this new round of funding Pyramid has now raised a total of $211 million in investments to date.

Israeli startup Optibus, a developer of an end-to-end software platform for public transportation planning and operations, has raised $100 million in Series D fundraising at a valuation of $1.3 billion.

Optibase has raised $260 million to date, making it the first unicorn in the public transportation industry.

Israeli company Masterschool, a network of tech career-training schools, has raised a $100 million seed fundraising round to provide the life-changing opportunities that come with a tech career to an ever-widening group of people.

With 1 million available IT positions in the United States alone, the IT talent shortage is one of the greatest difficulties confronting businesses today, and it is anticipated to reach 85 million unfilled positions globally by the end of the decade. 57% of IT CEOs cited the labor shortage as their primary worry.

In less than a year, the valuation of the Israeli startup StarkWare which provides scalability and privacy solutions for blockchain technology has increased fourfold.

StarkWare has raised $100 million at an $8 billion value thanks to the new investment by Greenoaks Capital and Coatue.

Buildots Brings In More Than $100 Million For Construction Tech

Buildots, an Israeli startup that uses AI and computer vision to modernize construction management, raised $60 million in a Series C round mutually led by Viola Growth and Eyal Ofer’s O.G. Tech. The funding comes less than a year after the company brought in $30 million in a Series B funding round. To date, Buildots has now brought in $106 in total investments.

Nexite, an Israeli startup that offers a platform to help brick and mortar stores achieve the level of sales accuracy and tech as online retailers have raised $67 million in a Series C investment led by Pitango Growth and Saban Ventures. This brings the company’s total investment to date to $100 million.

Brick and mortar stores – the old fashioned type of retailers where people actually need to travel to in order to do their shopping – have been in trouble ever since the Internet began to offer online sales.