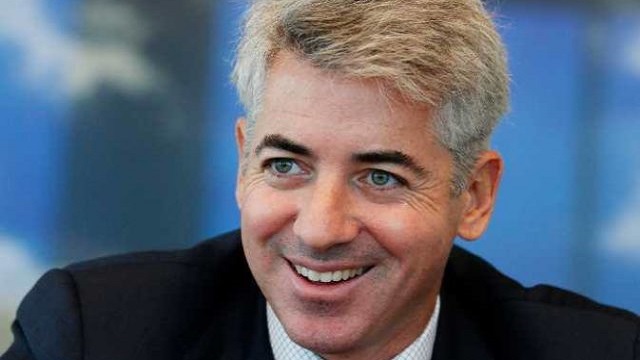 Here is the second part of the JBN list of 2021’s top ten Jewish philanthropists. It comes with one surprise at the end.

Bill Ackman
Bill Ackman is not only a billionaire activist investor, he is also a big philanthropist. In March Ackman announced his intention to donate all of the $1 billion he personally earned from the IPO of Korean company Coupang.

Bill Ackman announced the largesse in a tweet. “I was a very fortunate day one investor in. @Coupang. As a result of its incredible success, 26.5m shares of its stock will benefit humanity as I gave all of the shares to @PershingSqFdn, a DAF, and another non-profit. Thank you to Bom and the Coupang team on behalf of all of us!” he posted.
–

Congratulations to our 2021 Prize Winners! You are joining a very talented and successful group of Prize alumni. As we have recently been reminded, science will save us. Thank you for your important work. https://t.co/vXtdUPedjs

The money will be donated to three different charities. One of the recipients will be the Pershing Square Foundation, which is affiliated with his Pershing Square Capital.

awarding WJC’s top honor,the Theodor Herzl Award,to @AlbertBourla .
The past 20 months has been without question the strangest time in our lives.The entire world just stopped. In an unbelievably short time, vaccines went to trial and were produced.@Pfizer was at the forefront. pic.twitter.com/avL79Hechn

The 77 year old cosmetics magnate will give seven figure to public education in New York.

In addition, the software company he founded and leads, Salesforce, announced that it will donate $10 million annually for the next decade to NGOs focusing on ecosystem restoration and climate justice.

Half of the Benioffs’ recently pledged $200 million would benefit 1t.org, a World Economic Forum initiative started in January 2020 to “conserve, repair, and grow” one trillion trees globally by 2030. The Benioffs previously contributed an undisclosed sum to 1t.org.

The remaining $100 million will go to Benioff’s Time Ventures fund for impact investment in support of “ecopreneurs,” entrepreneurs whose companies are driven by a concern for the environment such as decreasing emissions, sequestering carbon, and safeguarding natural resources.

Sheryl Sandberg
Facebook exec turned Meta COO Sheryl Sandberg made a $5 million donation to United Hatzalah. The donation was made at a Miami fundraiser held by Friends of United Hatzalah of Israel which brought in a total of $18 million to the organization. The funds will be used for United Hatzalah’s women’s unit in Israel, which has been renamed the Adele and Dr. Joel Sandberg Women’s Unit, in honor of her parents.

The event was chaired by Tila Falic Levi and the organization honored Adele and Dr. Joel Sandberg and Dr. Ari Ciment.
–

Sometimes people make a donation in good faith, but then cannot follow through. In August, Billionaire businessman Ron Perelman has had his name removed from a new student housing facility at the Ivy League University Princeton. The reason given is that Revlon owner apparently failed to follow through on a pledge to donate $65 million to Princeton.

According to the School’s newspaper, The Daily Princetonian, Ron Perelman and his daughter, Revlon CEO, Debra Perelman, pledged to donate the money for new campus housing back in 2018. So, at that time Princeton announced that the school’s seventh residential college would be named Perelman College. Debra Perelman graduated from Princeton in 1996. The donation was to be made through the Perelman Family Foundation.

Princeton’s Deputy University Spokesperson Michael Hotchkiss told The Daily Princetonian, “The University has terminated the gift agreement with the Perelman Family Foundation, Inc. to name a residential college because the Foundation has not made payments due under that agreement.”