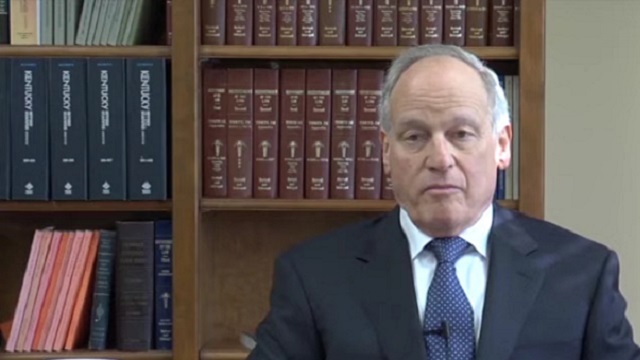 A screenshot of the deposition of Dr. Richard Sackler, conducted by the state of Kentucky, published by ProPublica via YouTube

Dr. Richard Sackler, the former Purdue Pharma president and board member, testified in federal bankruptcy court yesterday, Wednesday, over the bankruptcy proceedings for Purdue Pharma. A defiant Sackler declared that neither he, his family, nor his now defunct company, had any blame for America’s current opioid epidemic.

The statements came just one day after David Sackler, Dr. Richard Sackler’s son, appeared in court on Tuesday and threatened that the family would drop out of its settlement deal related to the opioid epidemic. He insisted that the $4.5 billion settlement would only move forward if all of the people associated with it received the immunity from further actions that had previously been promised as part of the deal.

When asked directly, “Do you have any responsibility for the opioid crisis in the United States?” The 76 year old Dr. Sackler replied, “No.”

When asked, “Does the Sackler family have any responsibility for the opioid crisis in the United States?” he again said no.

When asked, “Does Purdue Pharma have any responsibility for the opioid crisis in the United States?” he again replied “no.”

When asked if he personally would be contributing any of his own money to billions to be paid out in the Pharma settlement deal, Sackler replied, “I don’t know. I don’t believe that’s been decided yet.”