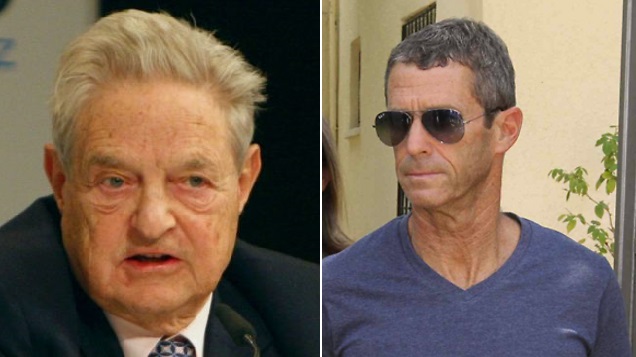 Global player in the diamond-mining industry Steinmetz, one of Israel’s wealthiest businessmen with a net worth of $1.1 billion is accusing Soros of a long-running campaign to sabotage his mineral interests in Guinea.

According to Bloomberg BSGR said in a complaint that  Soros funded law firms, transparency groups, investigators and government officials to make sure BSGR lost the rights to the Simandou iron mine.

After years of BSGR accusing Soros of propagating corruption allegations, this is the first time Steinmetz took it to court. In the complaint, BSGR alleges that Soros was driven by a long-running feud dating back to 1998 around a business in Russia and his alleged hostility towards Israel.

“To Soros, Steinmetz’s success, as well as his active, passionate promotion of Israeli life, business and culture are anathema,” Bloomberg quoted BSGR as saying in the complaint.

“Soros is also well-known for his long-standing animosity toward the state of Israel,” the statement said.

Soros has spent millions of dollars in Israel, promoting democracy, pluralism and the protection of the rights of Israel’s minority Arab population.

In December, Steinmetz was arrested in Israel on suspicion of money laundering and bribery charges in relation to Simadou following a wide-ranging investigation carried out jointly by agencies from the US, Switzerland, Guinea and Israel. He was released from house arrest in January. No charges have been laid.

According to the allegations, BSGR won the concession for the mineral-rich Simandou range, which had been stripped from the Rio Tinto mining corporation, after Steinmetz cultivated a close relationship with then-Guinea president Lansana Conté. who died in 2008.

Mamadie Touré, one of Conté’s wives, who died in 2008, has been cooperating with an FBI investigation into allegations that Steinmetz bribed Conté through her.

Bloomberg reports that in 2014, former BSGR adviser Frederic Cilins was sentenced to two years in prison in the US for trying to convince Touré to destroy evidence.

BSGR has denied it was involved in bribery of a foreign public employee and money laundering.

In the lawsuit filed Friday, BSGR alleges that the decision by Guinea’s government to revoke its license to Simandou was based on false information and that Toure received $50,000 from an adviser to Guinean President Alpha Condé and another $80,000 from an “agent or affiliate of Soros,” according to Bloomberg.

The company said that its suit is built on an email from a senior Soros executive concerning the ties between Guinea and BSGR over the mining contract, as well as from information provided by witnesses that Soros personally pushed for the company to lose its mineral rights.

“Soros’s financial clout gave him power over Guinea’s processes of government, which he then thoroughly abused,” Bloomberg quoted BSGR as saying in the suit. Soros was “motivated solely by malice,” the company added, “as there was no economic interest he had in Guinea.”