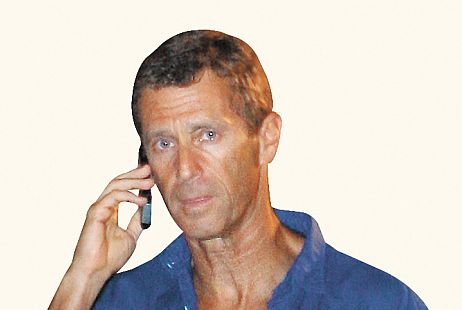 On Friday the government of the West African state Guinea announced the official revocation of the mining licenses for 50% of the Simandou and Zogota iron ore concessions. The northern half of the project had been taken from the then existing 100% licensee, Rio Tinto, and granted in late 2008 to BSG Resources.

BSG Resources is an African mining and exploratory company, legally constituted in Guernsey. The owner of BSG Resources is a Netherlands trust, of which the diamond entrepreneur Benny Steinmetz is a beneficiary.

In recent days the government of Guinea had been signalling it was preparing to revoke the licenses, after an administrative committee of enquiry it established, entitled the Technical Committee for the Review of Mining Titles and Agreements, had issued a report concluding that the licenses had been obtained likely through corrupt practices.

Whilst this was not a judicial enquiry, and no witnesses were cross examined, nevertheless the government felt it had a strong enough argument to go through with the action they have now taken.

Accordingly, the two immediate parties who are out of pocket are BSG Resources itself, and its joint venture partner in the concessions the Brazilian mining company Vale. BSG Resources had sold a 51% interest in the project to Vale for US$2.5 billion in 2010, raising a lot of eyebrows at the time.

After initially receiving about US$500 million from Vale, more than covering its own development outlays on the project of about US$160 million to that point, BSG Resources has received no further payments since. Vale stopped paying once the allegations of corrupt behavior surfaced during the new government of President Alpha Condé.

President Condé had succeeded the former dictator of Guinea Lansana Conté (who has a very similar surname but there the similarities end) who had run the country for 24 years and who died at the end of 2008 after a long illness, not long after the licenses were awarded to BSG Resources, and just a few hours later a military coup took over the country.

The military returned to their barracks and President Condé finally won election to office in December 2010. With the change of regime came close scrutiny of some of the practices of the predecessor government, and eventually influencing this particular set of allegations which had even also been made by an outside NGO Global Witness which is backed by George Soros. Guinea’s cabinet finally voted three weeks ago to accept the findings of the committee, which had been set up three years ago to investigate mining deals signed before the new government took power.

With an eye to not shooting itself in the foot with respect to developing future, such mining projects, the report issued by the Technical Committee for the Review of Mining Titles and Agreements was careful not to implicate Vale itself in its findings. It also stated that Vale would be welcome to bid again if it should wish to participate when the licenses become offered again to the mining industry for development.

BSG Resources itself has flatly denied all the allegations the report made against it, and declared the whole process to have been badly flawed and completely without due process.

Vale simply said Friday it was “actively considering its legal rights and options.” This means that it might be weighing the possibility of legal action, after Guinea formally cancelled its rights to the project. It is not clear though whether they might mean viz a viz the government of Guinea, or perhaps even viz a viz BSG Resources as Vale did not dispute the committee’s findings.

In addition, since taking on this project Vale has also replaced its CEO, and the new CEO Murilo Ferreira may be much less inclined to chase another mining mega-project in today’s no longer over-heated mining and commodities environment. With a book value of about US$1 billion sunk into the deal so far, Vale could just decide to let it go.

BSG Resources have also faced some questions about the project a little closer to home, both in the United States under the Foreign Corrupt Practices Act, and even in Switzerland where Benny Steinmetz resides. However, no charges of any kind have been made against either BSG Resources or Benny Steinmetz himself personally. However, one Frederic Cilins, a former middle man in Guinea, may go to jail after pleading guilty last month in New York to obstructing justice in the American investigation.

BSG Resources have completely denied wrongdoing in relation to the Guinea project and said three weeks ago, it will “prove the allegations raised in Guinea’s rigged and illegitimate process are false.” BSG Resources is also threatening to take Guinea to international arbitration, where presumably it feels a greater level of due process may be accorded it. However the new official reaction by BSG Resources to the revocation of the licenses is still awaited.