Ocean Drive in South Beach Florida these days is a very trendy place, and the Gianni Versace mansion was once the trendiest of them all. After buying it and the dilapidated house next door in 1992, Versace spent over US$33 million on radically reconstructing the property and turning into an Italian villa with immensely and extravagantly detailed rococo features. 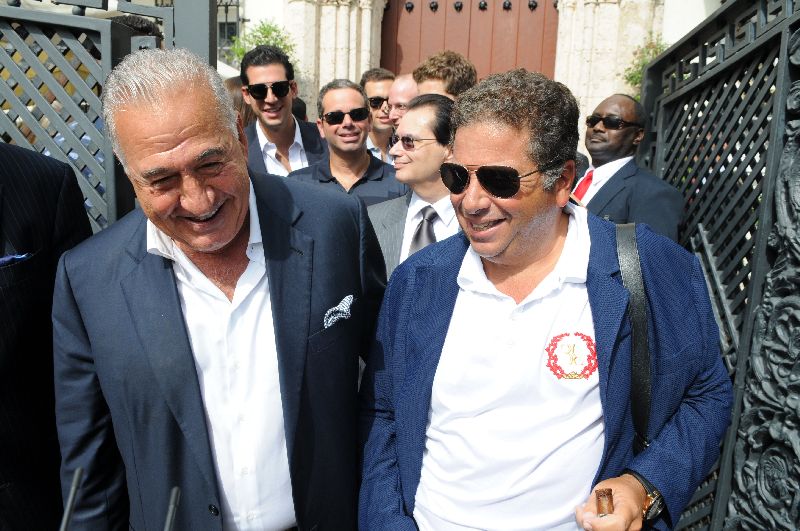 Joe Nakash (L) and Eli Gindi attend the auction of the Versace mansion, during which the property was sold to mortgage holders VM South Beach /Getty

Gianni Versace, founder of the famous Italian fashion house that bears his name, was murdered there in 1997 by serial killer Andrew Cunanan in a bad case of Versace simply being in the wrong place at the wrong time. The killer later shot himself as a police search closed in on him.

Versace and a long A-list of celebrity buddies that included Madonna, Cher and Elton John all helped change South Beach from what had been just a retirement suburb of Miami known as “God’s waiting room”, one that was very much part of the “polyester belt”, to the youthful, exuberant, international trend setting destination it ultimately became.

After his death, the 23, 000 square foot mansion was subsequently sold in 2000 to a company that tried to run it as a private club, called Casa Casuarina, but subsequently it went bankrupt. After years of litigation the property was put up for sale again last year for US$125 million, later reduced to USS$75 million and finally sold yesterday at auction for US$41.5 million. 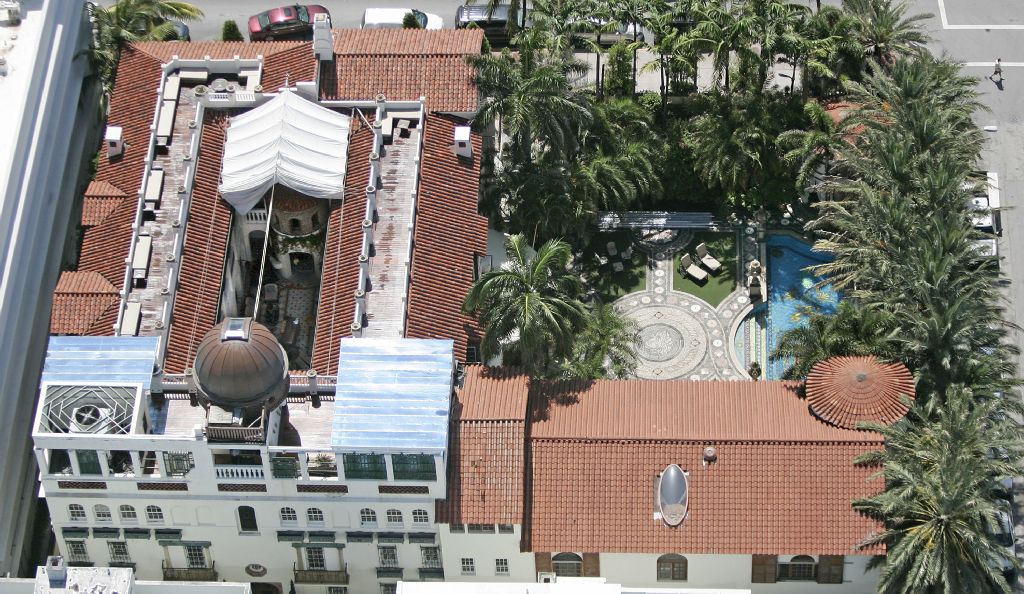 Celebrities and investors worldwide had expressed interest, but in the end, only three real bidders emerged, according to Lamar Fisher, president and CEO of Fisher Auction Company, appointed as auctioneers by the bankruptcy court.

The winning bidder, who outbid Donald Trump represented by his son Eric, by half a million dollars, was a company called VM South Beach LLC (VM). VM also outbid Glenn Straub who owns the Palm Beach Polo and Country Club. VM is a limited partnership, possibly set up specifically for the transaction, whose principals are the Nakash brothers of Jordache jeans fame and Eli Gindi whose family founded the Century 21 department store chain.

Jo Nakash positively exuded delight after the auction was over… “Have you ever been inside? You will understand how beautiful it is. The art, the pool, everything” He hopes to persuade the Versace family to allow them to use the name, paying royalties if necessary.

The Versace family has stayed silent as to that idea, however at least for the moment.

“We’re going to keep it exactly the way it is”, Nakash said.”We’d like the public to use it, so we’re going to create a hotel that will be consolidated with the Victor, ” he continued. Even if the Versace family declines to license their name, Nakash also said he planned to honor the designer with a plaque marking the precise spot where he died. Ghoulish a little? Perhaps, but great marketing if you are in the hotel business.