Ackman has finally cleared his desk after three years as a board member of the nationwide retail chain, during which time he created much acrimony and very little profit.

Bill Ackman is undoubtedly one of the US’s leading hedge fund operators, with his Pershing Square Capital hedge fund  producing consistent profits for its investors. However there are many in the world of finance would find it difficult to present Ackman with any accolades on its ability to run a retail chain, so disappointing where his results and so disruptive his management methods in the time he spent at Penneys.

Now this era at the top is finally over, with Ackman already been replaced by Ronald Tysoe, the former vice-chairman of Federated Department Stores Inc, now a member of the Macy group. According to onlookers in the retail industry, JCPenney is still in the market for another member for their board.

Ackman’s announcement of his decision to resign his board position came as something of a shock after just last week he was particularly forceful in his demand for the resignation of Penney’s current chairman and CEO. Demands which fell on deaf ears among his fellow board members.

Ackman, who has been consistently critical of JCPenney’s management style, at a recent meeting,  called for both chairman Thomas Engibous and interim CEO Myron Ullman to be placed. Instead, when announcing Ackman’s departure, the board reiterated that they had given their “overwhelming support” to both these executives. 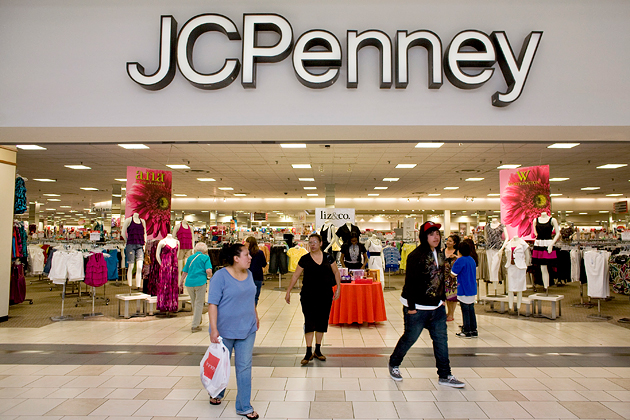 Eventually the penny must have dropped for Ackman and in a fairly terse statement he announced his decision to step down from the board, which he feels, that coupled with the addition of two new directors, will be the most constructive way forward for JC Penney and all other parties involved.

Despite his decision to resign from the board Ackman’s Pershing Square Capital will still remain the retailer’s largest shareholder. Pershing began to gradually acquire buying shares in JC Penney more than three years ago, consistently paying premiums on the share’s current value. To date, according to industry estimates, Pershing Square Capital may well be down around $600 million on their total investment in the company.

With shares taking a 25% slump during and the company reporting a $1billion loss for the year during which Ron Johnson, the executive that Ackman headhunted from Apple with great ceremony made a highly unsuccessful attempt to change the company’s fortunes. Ackman, and the rest of the JCPenney board, when faced with the prospect of going back to the hands and knees and request that former CEO Ullman returned to the company in an attempt to repair some of the damage.

Once again Bill Ackman’s actions have been the cause for much industry speculation with a question rising that will he “bite the bullet” when it comes to JCPenney and begin a form of “clearance sale” of his shares in the company.

The stock market remains uncertain with shares in the company initially rising in use of Ackman’s resignation then falling backwards as the implications began to sink in.

Bill Ackman to take a break from Canadian Pacific

Battle Of The Titans: Ackman Vs. Herbalife