Former chairperson of the Securities and Exchange Commission (SEC), Mary L. Schapiro, has accepted the position as managing director and chairman of governance and markets practice for the Promontory Financial Group, whose specialize in providing consultancy services for banks and other financial entities. 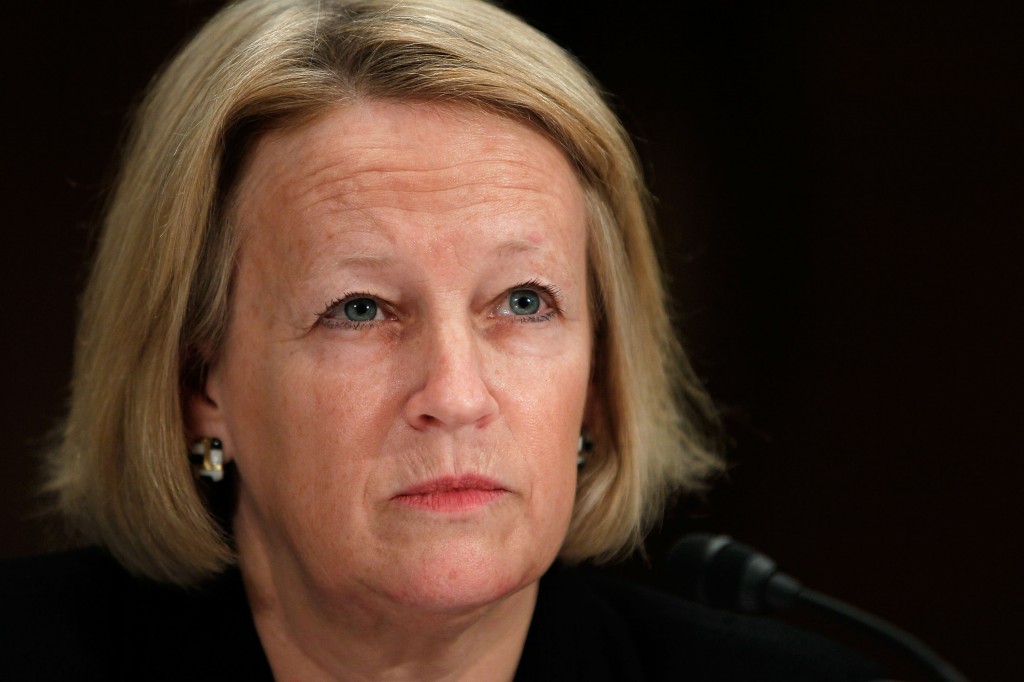 Before giving up her position as a chairperson of the SEC towards the end of 2012, which she had filled for close to four years, Mary L. Schapiro had succeeded in consolidating a very solid reputation during her more than thirty year career at the very highest levels of public service. A reputation built on her ability to understand and  implement significant changes in the shifting sands of the United States financial markets.

When speculation was rife  regarding her intentions to stay on for another four years under the Obama administration Ms. Schapiro gave out some gentle hints that, for the first time in her career,  she may be looking in another career direction, pointing out that during her four year spell,  serving as chairman of the SEC, the commission succeeded in bringing a record number of enforcement actions, engaging in one of the busiest rule-making periods, and being granted greater authority from Congress to better fulfill our mission for the future.

At the end of her tenure at the SEC, Mary L. Schapiro can wear with pride the distinction of being the only person who served as chairman of both the SEC as well as the Commodity Futures Trading Commission (CFTC), gaining a wealth of unique administrative experience that made her a valuable property in the private sector of banking.

Experience that Eugene A. Ludwig, founder and chief executive officer of Promontory Financial Group recognized as being invaluable to his organization and when, Schapiro’s appointment was officially announced appointment waxed lyrical on her abilities and attributes. Particularly outstanding among Ludwig’s praise was how her profound understanding of the financial markets not just in the United States but across the globe coupled with her decades of regulatory leadership will make Ms Schapiro’s presence at the firm highly significant and will go away in increasing its involvement in the capital markets.

Ms. Schapiro’s role in the company will be to work in close cooperation with their clients in order to ensure that the quality of their corporate governance is being taken care of at the house professional level as well as providing advice and insight on curtailing risk.

Bringing her unique and valuable experience from the other side of the banking counter to the Promontory Financial Group, Mary L. Schapiro will be in a position to  stabilize the group’s financial activities after the reportedly took some major losses both in terms of capital as well as reputation after submitting a review of property foreclosures that was particularly badly received by the US Government comptroller’s office.

Objective opinions on the street are that with Ms. Schapiro joining Promontory her calming presence and reputation will go a long way restoring the bank’s credibility

Mary L. Schapiro was born in New York City and earned aDoctorate in Law from the George Washington University Law School,   graduating in 1980 at the age of 25. Ms. Schapiro, till now spent all of her professional career in the public sector, rising rapidly up the ladder. Her first major appointment came in 1988 when President Ronald Reagan chose her to represent the Democratic Party seat in the SEC, with Reagan’s successor the. President George H. W. Bush also giving his seal of approval for Ms. Schapiro to continue to serve on the SEC during his four year administration,

When Bill Clinton was appointed President in 1993 he went one step further promoting Mary L. Schapiro to the post of acting Chairman of the commission, a post he has she held for one year in Clinton picked out Ms. Shapiro to become Chairman of the Commodity Futures Trading Commission in 1994. Once again she was to remain in that post for just a short time, joining the National Association of Securities Dealers (NASD) going on to reach the post of Vice Chairman in 2002. From 2006 to early 2009, Ms. Schapiro served as Chairman and CEO for the organization, that  was, by then, going under the title of the Financial Industry Regulatory Authority (FINRA).

Ms Schapiro, when appointed by President Barack Obama to become the permanent Chairman of the SEC, gained the distinction of being the first woman to have been appointed in that role. A distinction that was strong enough to see the Forbes magazine giving her the rank of being 56th most powerful woman in the world at that time.