Hadara went straight to “Dr. Google” when she was diagnosed with a rare autoimmune syndrome. The few outdated articles she found online “were very pessimistic and made me feel horrible,” the 57-year-old Israeli woman tells ISRAEL21c.

And then Hadara remembered that a friend had told her about Medint, a project co-founded by her daughter-in-law, Tanya Attias. Medint connects patients with a personal researcher – often a medical or Ph.D. student — to help them navigate the maze of data and provide actionable insights about treatments, side effects, doctors, hospitals, alternative medicine, clinical trials and more.

“I felt very lonely. Then I called Tanya and from that minute I didn’t feel alone again,” Hadara recalls. “Medint doesn’t take every case but after a screening process they accepted me.”

The material discovered by Medint researcher Mirit Liran made Hadara feel confident about her diagnosis and also alerted her to treatment options all over the globe. Hadara shares the information with a WhatsApp group of four people in Israel who have the same syndrome.

“The researchers are not doctors and don’t take responsibility for your treatment but give you amazing references, even where to get second opinions in Israel and abroad,” says Hadara. “It gives me control of my illness. My doctor knows I am working with Mirit and is fine with that.”

Although Medint is a for-profit business based on fees, it originated two years ago with several people trying to help a mutual friend, Oren Zamir, find information to fight his battle against cancer.

“Oren was the trigger for Medint,” says Attias, now CEO of Medint. “Many of us came from IDF intelligence units and mastered the art of searching data and extracting insights. We knew for a fact that new information would be found and indeed this is what happened.” 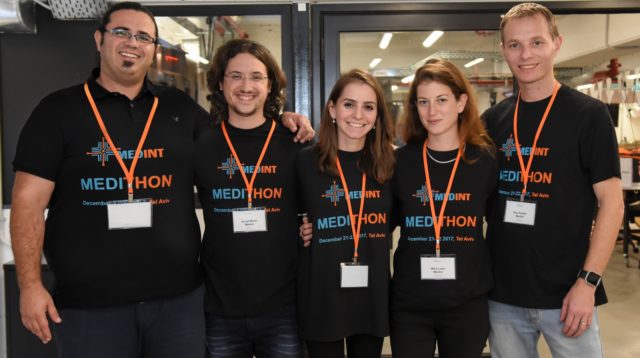 “We started by handling around 15 or 20 cases, and soon we understood that we were getting quality information and there is definitely a need. But it was not financially viable for scaling up. So we changed the model and set up a platform for patients to connect with researchers to guide them through the process of managing their disease,” explains Keidar.

“The current model is affordable compared to similar services — hundreds rather than thousands of dollars,” Keidar tells ISRAEL21c, without getting into specifics. Most customers pay a one-time fee for a report.

“We understand that every patient is unique, so instead of them finding unreliable or irrelevant info by using Dr. Google, we give them a personal researcher with the skills, methodology and access to our new technology to make the process more efficient and effective,” says Keidar.

“We don’t aim to generally research a disease but rather to find specific data that might be relevant to the patient given his or her desires, genes, medical history and unique characteristics.”

Customers receive a peer-reviewed report containing research highlights to guide them through the decision-making process with their own physician.

In December last year, the Medint team organized a free “Medithon” in Tel Aviv, a unique medical marathon involving about 60 researchers and 15 pre-selected patients to demonstrate the effectiveness of the system.

One of the patients, Levana, has multiple sclerosis.

“After years of visiting hospitals and doctors, Levana feels they are running out of solutions,” says Keidar. “Researching by herself turns out to be a nightmare and at times scare-mongering. She is optimistic that with the help of skilled researchers new personal health information could be found to further assist her in managing the disease.” 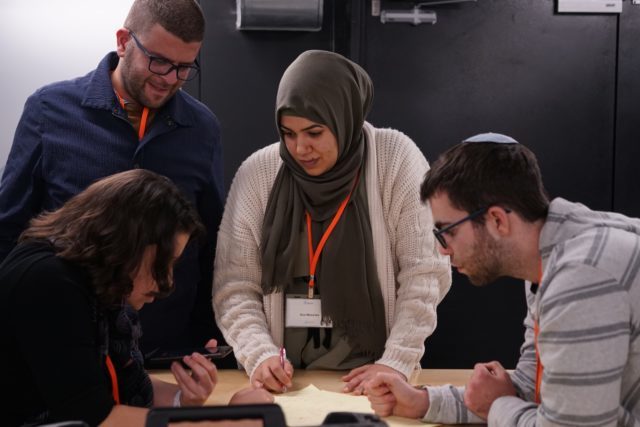 Another patient was facing a decision about a specific kind of chemotherapy. “Our researchers found that instead of one option there were four options, two of which were not suggested before and may have fewer side effects,” says Keidar.

“We helped the patient frame questions for the doctor about it. We are careful not to say anything is a miracle treatment or provide specific recommendations. This is the doctor’s job. We just bring the information and references so a conversation can be properly held with the physician.”

Keidar hopes that in the future “what we are doing at Medint will become the standard of care, so everyone getting a diagnosis will go to some company like ours and get a full report before making any decisions. This is what an empowered patient is.”

Medint operates mainly in English because most of the information available online is in English. Most of the researchers are Israeli but Keidar envisions hiring experts from all over world.

Based in Tel Aviv with a staff of five plus about 20 researchers (and counting), Medint plans to roll out its patient-researcher communication and payment platform by March 2018. The company received seed funding from Medial.