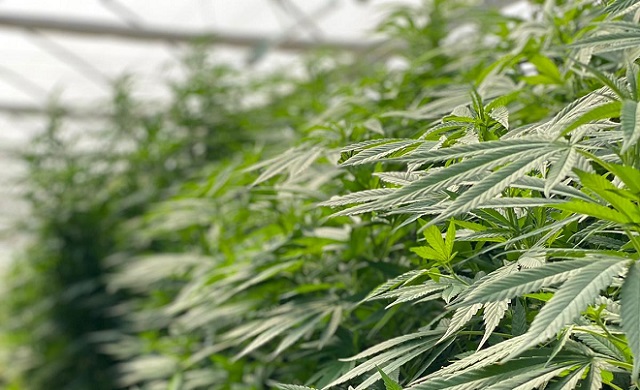 BetterSeeds Ltd., an Israel-based AgTech company that uses gene-editing technology including CRISPR to develop new variety of cannabis seeds and agricultural seeds, made the first-ever shipment of cannabis seeds from Israel to Canada. This came just three months after the company made the first export of such seeds from Israel in history. The company said that these were hybrid seeds that were developed by BetterSeeds and it calls them the first fully stable and uniform medical cannabis seeds in the world

This new shipment is the first to leave Israel containing a variety of medical cannabis seeds to be used for medicinal purposes in the Canadian market.

Israeli firms are at the forefront of cannabis research and development. For example, Xinteza, an Israeli biosynthesis technology company, says that it has found a way to produce cannabis type synthesis from other plants in the Cannabacae family that are not known for producing the drug commonly known as marijuana. And researchers at the Hebrew University of Jerusalem successfully engineered a cannabis plant with higher levels of medically-important substances, such as THC.

BetterSeeds applies and improves the CRISPR-case gene editing technology to develop new, improved varieties of selected crops. The improvement is achieved by using BetterSeeds’ unique cross crop CRISPR delivery technology which enables embedding essential game changing traits which are currently not available in major cash crops due to the limitations of conventional breeding and enhancement methods

Canada is one of the largest and most developed fully legalized medical cannabis markets in the world. The Canadian market was among the first to allow the use of cannabis for both medical and recreational purposes.

These seeds, which are currently being tested at the company’s site in Montreal for their suitability to the Canadian market, will ensure the reproducibility, standardization, and high quality of raw material for the entire Medical Cannabis industry for the first time.

The global cannabis industry is growing at a rapid pace with many challenges, and growers are required to adjust their growing methods and strains in order to adapt to changing market demands and shrinking profit margins. With the help of such stable strains, BetterSeeds provides an answer to the weak points of the cannabis industry today, both in enabling standardization based on reproducible results from its stable genetics and also ability to enhance growing and processing efficiency thus reducing costs. BetterSeeds is expected to expand its operations to additional markets in the coming months.

Seed export was made possible following intensive activity by the Medical Cannabis Seed Forum, headed by BetterSeeds CEO, Ido Margalit (within the Seeds Division of Israel’s Chambers of Commerce) to amend the Israeli government decision 4490, to include the export abroad of cannabis seeds from Israel. The amendment opened up a significant economic channel for the Israeli seed industry, positioning Israel as a world leader in developments and innovation in the seed industry, as well as in the cannabis industry at large.

Ido Margalit, founder and CEO of BetterSeeds, said, “The seeds that were sent to Canada are unique. We anticipate that they will revolutionize both the process of growing cannabis and the product standards in Canada, as our cannabis seeds are 100% stable and uniform. This export is a real achievement for us and was made possible after Betterseeds led the change in law in Israel to allow the export of cannabis seeds.”