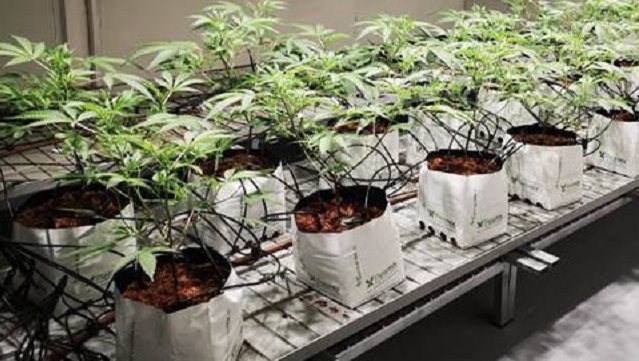 Cannabis – or marijuana if you prefer – is no longer something that can’t be talked about on television shows, except in one of those very special episodes where a teen learns the hard way all about how dangerous it is. It is now being legalized or decriminalized in what seems like everywhere and it also is showing more and more that the drug can be used to treat a number of diseases.

And now, researchers at the laboratory of Professor Alexander (Sasha) Vainstein at the Hebrew University of Jerusalem (HU)’s Robert H. Smith Faculty of Agriculture, Food and Environment, in partnership with and funding from Mariana Bioscience Ltd, have successfully engineered a cannabis plant with higher levels of medically-important substances, such as THC. THC (Tetrahydrocannabinol) is the active ingredient in Cannabis.

And this is only the latest in a string of such successes made in Israel with the development of cannabis based medical treatments. For example, not long ago Technology developed at the Technion enabled the Israeli cannabis-based pharmaceutical company Nextage to develop a treatment that allows the transfer of cannabis molecules directly into the brain. And many advances in the use of CBD – cannabinoid oil – for medical purposes have been made through research conducted at Israeli universities.

If this trend continues they may soon be calling Israel Cannabis Nation instead of Startup Nation.

And just look at all of the Startup Nation firms working with marijuana these days.

In January, Cannabotech, a biomedical startup based in Israel that focuses on the development of botanical treatments for preventive and integrative medicine, announced that it was granted exclusive use of a patent for the development of pharmaceuticals based on a Cyathus Striatus fungus extract.

That’s right! Cannabis is to be used to treat cancer itself and not just to help with the pains caused by its treatments like chemotherapy.

Even the former Prime Minister of Israel Ehud Barak has gotten into the marijuana business. He is an investor in InterCure, an Israeli medicinal cannabis company, which began trading on the Nasdaq last fall.

And even the Tel Aviv Stock Exchange (TASE) now has separate listings for cannabis firms.

As for this latest study, the researchers successfully increased the level of THC (tetrahydrocannabinol), the main psychoactive component in cannabis, by close to 17%, and the level of CBG (cannabigerol), often referred to as the mother of all cannabinoids, by close to 25%. Further, Vainstein and his team were able to increase the ratio of terpenes, which are responsible for maximizing the euphoric effects of cannabis, by 20–30%.

The stated goal of their study was to find a way to intervene in the biochemical pathways in the cannabis plant in order to increase or decrease the production of active substances. The researchers accomplished this by manipulating a plant-based virus, that had first been neutralized so that it could not harm the plant, and then manipulating it to express the genes that influence the production of active substances in the cannabis plant.

“This represents an innovative use of these tools, which were constructed using synthetic biology tools,” explained Vainstein. “Next, we developed an innovative technology based on infection with an engineered virus to facilitate chemical reactions that increase the quantities of desired substances. In collaboration with Mariana Bioscience Ltd., we examined the infected plants and found that the levels of the substances in question had indeed risen.” This is the first time that researchers have succeeded in performing such a feat with cannabis plants.