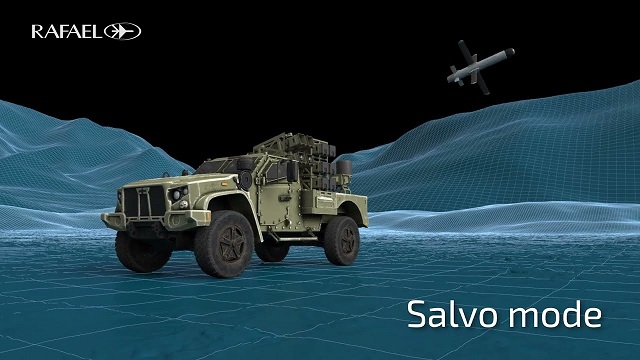 Israel’s Rafael Advanced Defense Systems has revealed the sixth generation of its  Spike NLOS missile system. The new generation of the missile comes with a longer range and faster firing capabilities, among other upgrades.

Rafael released a video on YouTube showing off the missiles. SPIKE NLOS is the longest range variant of the SPIKE Family.

This is the same type of missile system that the US military decided to purchase from Israel beginning in 2020. That is a real achievement: yet another new defense technology developed in Israel that the Americans chose to acquire and use over their own items developed by their vaunted military/defense industries.

Spike NLOS is a multi-purpose electro-optical missile system with a real time wireless data link for ranges of up to 25 kilometers.

“With the help of images provided by various electro-optical sensors, the missile locates the target on its own, marks it, and helps the operator to neutralize it more accurately and simply,” explained Rafael

It cans also be supplied with various types of warheads, such as those using heat and fragmentation devices (ones that blow up and split into many particles).

And the system also offers a flexibility that allows it to be used n a variety of ways. It can be installed in air, land and sea platforms at what Rafael says offers flexible operations at a low cost per life cycle.

Dr. Ran Gozali · Executive Vice President, GM Land & Naval Division at Rafael, said, “The SPIKE NLOS serves as the foundation of the entire SPIKE Missile Family which has achieved incredible success and been widely incorporated over the years, being operated by thirty-nine customers around the world.”