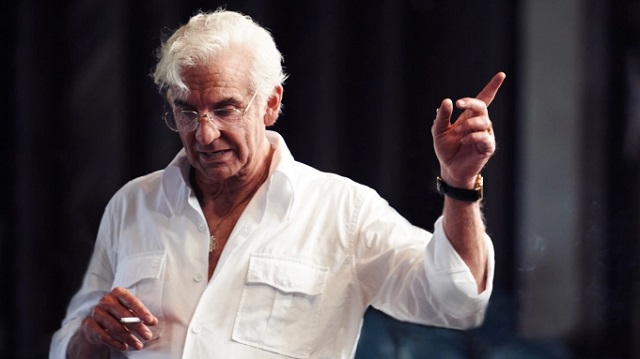 Bradley Cooper will play the late great composer Leonard Bernstein in a new biopic titled “Maestro” which will air on Netflix. Cooper is not only portraying Bernstein, but he is also directing the movie which is produced by Martin Scorsese and Steven Spielberg.

And Cooper also co-wrote the script with Josh Singer, who won an Oscar in 2016 for the movie “Spotlight” about how the Boston Globe uncovered the cover-up by the Catholic Church in the Boston area of a scandal involving the molestation of children by Catholic priests.

The movie tells the story of Leonard Bernstein’s complex love with wife Felicia, from the time they met in 1946 at a party and continuing through two engagements, a 25 year marriage, and three children. Bradley Cooper is barely recognizable in all the makeup that he wears playing the elderly Bernstein.

Leonard Bernstein died in 1990 of a heart attack at the age of 72. He was best known for Broadway musicals like West Side Story and for composing the music for famous movies like On the Waterfront.

Some of his work with the New York Philharmonic was based on his Jewish heritage. Leonard Bernstein composed Bernstein’s Symphony No. 3: Kaddish in 1963. Kaddish refers to the Jewish prayer of morning and is about the late President Kennedy who was killed that year. It was also narrated with a text written by Bernstein himself and his wife Felicia narrated its US premiere.

This marks Bradley Cooper’s second venture into directing a feature length motion picture. His first was the 2018 movie “A Star Is Born,” in which he also starred and that garnered 8 Oscar nominations, including for best picture and best actor for Cooper himself. Cooper is looking for his first nomination for directing, and his first Oscar win after getting 9 nominations so far, including 3 for acting.

Due to be released in 2023, Maestro also stars Carey Mulligann as Bernstein’s wife, Felicia Montealegre and Maya Hake – daughter of actors Uma Thurman and Ethan Hawke – as his daughter Jamie Bernstein.