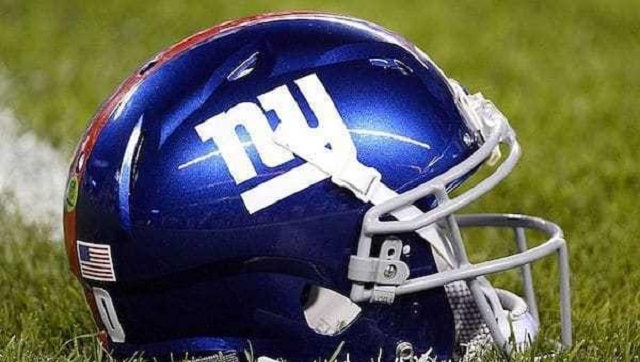 The New York Giants of the NFL are not happy with the league’s new schedule that was just released for the 2022 season, says the NY Post. The schedule has the team playing a Monday night game on Rosh Hashanah – the Jewish New year.

The NY Giants are scheduled to play a home game that night against the hated division rival Dallas Cowboys. And Giants co-owner John Mara is not happy about it.

No, John Mara is not Jewish. But the Giants play in New York. Enough said.

This year, Rosh Hashanah begins on Sunday night (Jewish holidays go from sundown to sundown). It is a two day holiday and so Monday night is also part of it. The NFL plays its games on Sundays during the day, with one game Sunday nights and one on Monday nights. The NY Giants would have preferred to play a day game on Sunday, the eve of the holiday than a night game in the middle of it.

“I am well aware of that and not happy about it,” John Mara, the Giants co-owner, told The New York Post on Tuesday. “I made my feelings known to the league as soon as I saw the schedule. We have always requested the league take the Jewish High Holy Days into consideration when formulating our schedule. Not sure why it happened this year.”
“
We are never able to accommodate every request,” Howard Katz, the NFL’s senior vice president of broadcasting and the leader of the group that puts together the schedule, told The Post. “It’s a pretty complex puzzle we put together.

“Mr. Mara absolutely this year and every year when the Jewish holidays fall on football days, he always asks to avoid the Jewish holidays. He certainly did. In this particular case we were not able to accommodate that request,” he added.

But the game is on a Monday night. Jews will be filling their synagogues in the morning, not at night. And the Reform only observe one day of the holiday – not two – so for them this will no longer be a holiday. However, the New York Metropolitan area has a very high concentration of Jews who observe the strict rules of the Sabbath and holidays that will not allow them to attend the game, or even watch it on television. Even fans of the city’s other team, the Jets, will be watching the game hoping to see the NY Giants lose to the Cowboys that night.

The Giants do not need to be concerned with the television rating, however. That is an issue for the NFL which handles the contracts for that sort of thing, unlike the other professional sports where this is done locally for most games. But still, the NY Giants are concerned about their fan base as a whole and know that this will be a problem for many Jewish fans.