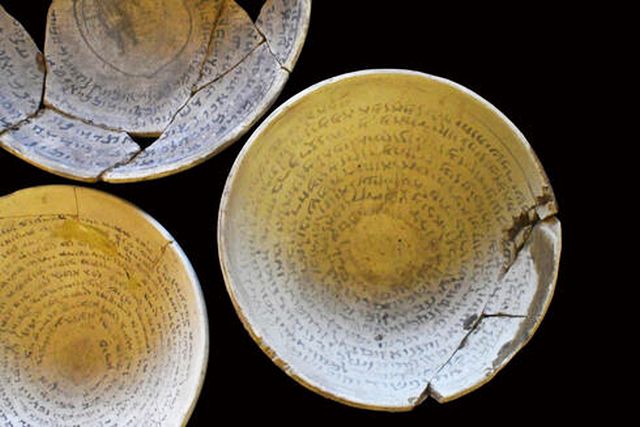 Israel has always been known as a leading world innovator in a variety of fields. So it is no surprise when its scientists make major breakthroughs, from new medical treatments to, the cutting edge of technology.

And, as the place where the events of the Bible unfolded, Israel is also known as a center for archeological digs. There are frequent discoveries made in the country that relate to the historical context of the Bible, as well as ones about the various eras that came after the biblical period, from the Babylonians to the British.

Here is our list of the 7 most important Scientific or archeological stories that came out of Israel in March:

Hebrew University Scientists Develop Ultra-Thin Lense For Drone And Satellite Tech
Scientists at the Hebrew University in Jerusalem have developed a method to evaluate emerging flat lens technologies which they say will allow for lenses as thin as 1/1000 of a hair’s width. This means an incredible leap forward for all manner of products, from glasses to mobile devices.

Glasses, cell phones, binoculars, virtual reality headsets, and telescopes – all of these items rely on high-quality lenses, which are bulky, expensive and heavy. This is especially so when it comes to drones and satellites, where every gram counts.

The Hebrew University scientist, however, say that this is all about to change. New, cheap, lightweight flat lenses – around a thousandth of the thickness of a human hair – will be making their move the research labs to our shops and homes… Read More Here

Ancient Bowls With Magic Spells In Hebrew Discovered In Jerusalem
Hundreds of ancient items, including rare biblical artifacts, were captured during an anti-robbery operation conducted Monday by the Antiquities Authority’s robbery prevention unit and the local police against a Jerusalem resident suspected of illicit antiquities trading.

Among the unique items, the investigators discovered decorated bone and ivory items from the biblical period, coins, glassware, and bowls with magic spells in Hebrew, going as far back as 1,500 years, authorities said… Read More Here

Israel Continues Cancer Treatment Breakthroughs
Israel is at the forefront of new medtech as well as research and development of new treatments and medications, specifically for cancer. Both the Ben-Gurion University in Beer Sheva and the Weizmann Institute of Science have announced new breakthroughs in cancer treatments… Read More Here

Israeli Archeologists Find The Name Of God On An Amulet On Mount Ebal
Archeologists in Israel have made yet another remarkable discovery – they have found yet another proof for something recorded in the Bible. And, for the first time, the name of God is seen set apart – YHWH – In such an ancient period.

In what has been described as a convincing proof of the existence of the blessing and cursing ceremony that the Bible records as having been conducted on two mountain tops in ancient Israel, an ancient amulet was uncovered on Mount Ebal on which the name of God is inscribed… Read More Here

EyeYon Thinnest Artificial Cornea In History Implanted In Human In Israel
Using new technology from EyeYon, an Israeli medtech startup which develops and markets medical ophthalmic devices, Israeli doctors at the Shaare Zedek Medical Center in Jerusalem have successfully implanted the world’s thinnest artificial cornea into the eye of a human patient.

The recipient, Walid Salama, had the surgery in early March. The synthetic corneal implant provided by EyeYon, called the EndoArt, is only 50 microns thick. The procedure was performed by Liron Berkovitz, an eye surgeon specializing in cornea, cataract, and refractive surgery, and David Zadok, the head of the Ophthalmology Department at Shaare Zedek… Read More Here

Israel Joins The Quantum Computing Club
What would researchers and scientists do without the latest and most advanced computer tech to use for their research? In March, Weizmann Institute of Science researchers presented Israel’s first quantum computer. The Weizmann computer is a five-qubit machine, roughly the level achieved by IBM’s version when the company first started offering quantum computing as a cloud service.

It is expected to demonstrate the quantum advantage, which until now has only been achieved by computers built in two labs: at Google and at the University of Science and Technology of China… Read More Here

Israeli Workers Take Fewest Sick Days Of Any Workforce In The World
As far as sick days are concerned, Israelis come in last place – or first place depending on your point of view – among all of the workers in the world. This is according to a new study published by SmallBusinessPrices.co.uk, which works to provide British small businesses with information that they need for their day- to-day operations. But its study on sick days also reviewed other nations of the world in order to give a comparison to the rate at which they are used in England.