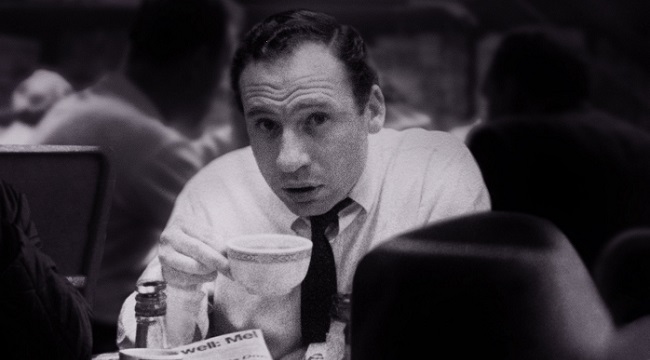 “The Automat” is a new documentary about the old time eateries where every kind of food imaginable was available from coin operated machines. Mel Brooks leads an all star cast of people reminiscing about how they once loved to go to The Automat and even sings the movies song which Brooks wrote himself: “There Was Nothing Like The Coffee At The Automat.”

No, the Automat did not offer just a bunch of vending machines like the ones that they have today, filled with stale old sandwiches and junk food or things that you can heat up in a microwave oven. It offered customers fresh foods, from soups to sandwiches to hot drinks, among many other things. The food and beverages on offer were placed in a cube behind glass and to buy the item one put in the required amount of change into the slot and the little door would open up. Food was cooked fresh and new items only just made placed in the empty spaces.

So, in this way, the Automat was not just some roadside pit stop kind of place with cheap fast foods and a bunch of vending machines. It was, however, a real restaurant where you saw the food before you bought it and did not have to wait for it to be cooked or for a waiter to serve you. This was long before the advent of fast food chains so, in a sense, it was the original fast food place.
–

The new movie The Automat has a who’s who cast of older celebrities telling the grand tales of what it was once like to eat at an Automat, and some of them are no longer with us. They include former Mel Brooks comedy partner the late great Carl Reiner, the late Supreme Court justice Ruth Bader Ginsburg, Elliott Gould and the founder of Starbucks Howard Schultz. But not all of the people in it are Jewish. The movie also includes Colin Powell and the former mayor of Philadelphia Wilson Goode.

The Automat was directed by Lisa Hurwitz and written by Michael Levine.