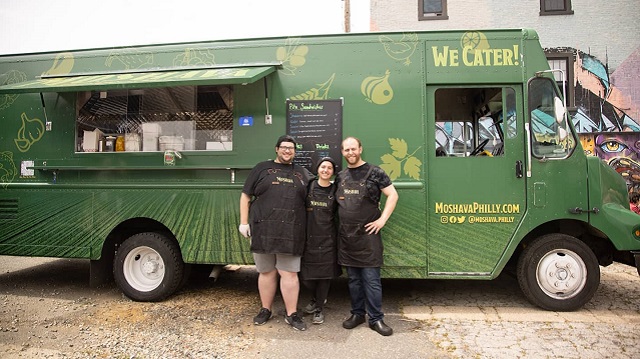 People say that just because someone attacks Israelis it does not make them an anti-Semite. While this may be technically true, it is, unfortunately, also true that most of the time they are anti-Semites. Just look up the same person’s comments about what goes on in other parts of the world. When it’s a celebrity there are usually none.

The following list ranges from the serious to the absurd. So here now is JBN’s list of blatantly anti-Semitic attacks on Israel that came in 2021. As always, this is presented in no particular order. You can rate the stories’ individual importance for yourselves.

This one is really bizarre. The almost forgotten rock magazine Rolling Stone, which should probably stick to music, actually accused Israel of using its women soldiers as “Thirst Traps” on social media.

A thirst trap is a type of social media post intended to entice viewers sexually. It refers to a user’s “thirst” for sex. It is a staple of advertising, using tempting pics to entice people to open a link or watch a TV commercial through to the end.

Is this a sexist thing for Rolling Stone to say? Is it simply anti-Israel propaganda? Or is it both? The magazine seems to think that Israeli soldiers were used by the IDF as sex objects in a calculated social media campaign.
–

EJ Dickson wrote in a Rolling Stone story, “The various social media accounts associated with the IDF have long traded in thirst traps, sometimes to absurdist effect. After citing one instance of a specific IDF Tweet of a woman soldier, she then said that the IDF, “has also been more explicit about using attractive young women to bolster its social media image and, in turn, foster sympathies abroad.”

Huh? Someone using good looking people to promote their product or country? Who ever heard of such a thing?

An Israeli Vendor Was Banned From Philly Food Event
Moshava Philly is a food truck which offers Israeli delicacies. In June, Moshava was uninvited at the last minute to a Philadelphia food trunk event held on Father’s Day. The event’s organizers said that they feared an Israeli presence would lead to political protests. Moshava smelled a rat and accused the organizers of antisemitism.

But Israel’ supporters can rejoice as they won a moral victory here. Due to the outrage over Moshava Philly’s snubbing the food trunk event had to be cancelled entirely.

Investigation Into Alleged Israeli War Crimes
In March, outgoing prosecutor in the International Criminal Court (ICJ), Pato Bensouda, announced the opening an investigation into war crimes which were allegedly committed in the Palestinian after June 13, 2014. This was the date on which began an Israeli military operation in response to the kidnapping of three young Israeli boys. Another prosecutor who will take her place will make the final decision as to whether or not to continue the investigation.

Don’t hold your breath waiting for a similar investigation into what Hamas has been dong in Gaza for the last 15 years.

Bella Hadid Embarrassed By Her Own Pro Pal Video
Super model Bella Hadid has been loud in her condemnation of Israel k over its current conflict with the Hamas terrorist organization. Her father is an Arab who was born in Nazareth in November 1948, after Israel officially declared its Independence and just a few months before the final truce ended its war of independence. His family then chose to immigrate to Jordan.

Nazareth became part of Israel and its resident’s Israeli citizens. The Hadid family did not leave the country until after the war was over. But this does not stop Bella Hadid from claiming that they were refugees.

No one is condemning her for supporting the Palestinian cause or for criticizing Israel. But there are limits. And apparently even Hadid realizes that she went too far and has since deleted a video that she had published.

In the video, which was posted on Instagram on Saturday, a crying Bella Hadid said, “I feel a deep sense of pain for Palestine and for my Palestinian brothers and sisters today and everyday. Watching these videos physically breaks my heart into 100 different pieces.”

“You cannot allow yourself to be desensitized to watching human life being taken. You just can’t. Palestinian lives are the lives that will help change the world. And they are being taken from us by the second.”

Thank God we have super models to remind us all about morality.

In May, a group of Google employees has called on their employer to take a formal position on the side of the Palestinians – and by default the terrorist organization Hamas – in the current fighting going on between Israel and the Hamas ruled Gaza Strip. The interesting thing here, however, is that these workers are Jewish and are part of a new group representing high tech workers.

Calling itself “Jewish Diaspora in Tech,” this new anti-Israel organization states that it is a coalition of “diverse Jewish and allied Googlers concerned about the internal dialogue around the political and racial violence in Israel and Palestine.” Its members wrote to the Google Executive Team saying that as Jews they do not “endorse the views of those “who have written to you seeking to garner support for exclusively pro-Israel and pro-Zionist actions.”

What could they have meant by saying not just “pro-Israel” but also “pro-Zionist” actions? Do they mean to imply that there is a difference between support of Israel and support of Zionism? And what does pro-Zionist mean anyway? Do these people mean to condemn Israel’s very existence?

The group revealed its true colors by stating that they, “object to the conflation of Israel with the Jewish people” and that they “affirm that anti-Zionism is not antisemitism.”