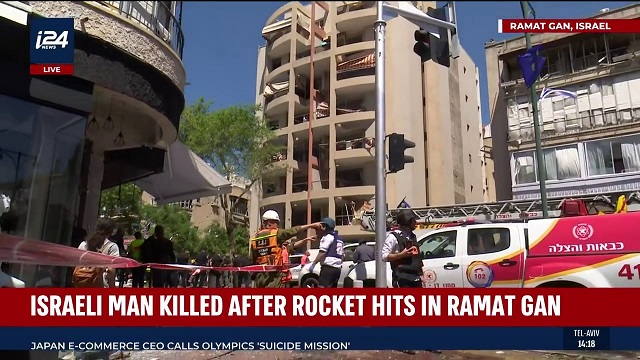 A group of Google employees has called on their employer to take a formal position on the side of the Palestinians – and by default the terrorist organization Hamas – in the current fighting going on between Israel and the Hamas ruled Gaza Strip. The interesting thing here, however, is that these workers are Jewish and are part of a new group representing high tech workers.

Calling itself “Jewish Diaspora in Tech,” this new anti-Israel organization states that it is a coalition of “diverse Jewish and allied Googlers concerned about the internal dialogue around the political and racial violence in Israel and Palestine.” Its members wrote to the Google Executive Team saying that as Jews they do not “endorse the views of those “who have written to you seeking to garner support for exclusively pro-Israel and pro-Zionist actions.”

What could they have meant by saying not just “pro-Israel” but also “pro-Zionist” actions? Do they mean to imply that there is a difference between support of Israel and support of Zionism? And what does pro-Zionist mean anyway? Do these people mean to condemn Israel’s very existence?

The group revealed its true colors by stating that they, “object to the conflation of Israel with the Jewish people” and that they “affirm that anti-Zionism is not antisemitism.”

Jewish Diaspora in Tech calls itself a community of members of the Jewish diaspora working in the tech industry, who by mobilizing their access and our resources, “seek to act in solidarity with all peoples at the forefront of the fight against white supremacist violence and the carceral state.”

The carceral state refers to America: a country which has become like a prison. Or perhaps it is being used here in referenced to Gaza, which has been called an open air prison by Hamas propagandists. While claiming to defend traditional Jewish values, the group also says that it supports the dismantling, boycotting, and divesting from all colonial projects and to celebrating the anti-colonialist traditions of their Jewish ancestors. What “anti-colonialist traditions” are they talking about? And by calling for divestment and sanctions they are clearly supporting the BDS movement while calling Israel a colonial enterprise.

So what do these people want Google to do, exactly? Fund relief for Palestinians affected by military violence and recognize their pain, whatever that means. They also call on Google to respect freedom of speech, without citing any examples of how Google has blocked such freedom from people.

Interestingly, the new group’s website has all of one page and offers no real information about it. For all we know it’s just a couple of people who may not even be affiliated with Google in any way.