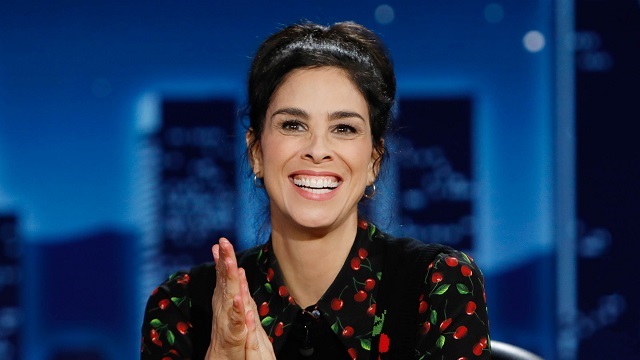 Steven Spielberg, Sarah Silverman, Jerry Seinfeld. The list goes on and on. So how do you pick just 5 top Jewish celebrities for the year? And yes, there are a lot of them.

Homer Simpson may have once actually asked, “who ever heard of a Jewish entertainer?” But so many famous people are Jewish and people don’t even know it. Well, at least they are technically Jewish.

These celebs include people like Bill Maher, whose mother was Jewish. But Maher disdains being called that because he does not believe in religion. Then there are people like Emily Ratajkowski and Sean Penn who can claim Hebrew ancestry.

One such person who most people don’t know is Jewish comes in at the top of our list for the year – Scarlett Johansson. Yes it’s true! Johansson – ScarJo to her fans – is Jewish. Her mother is Jewish. And Scarlett Johansson has been a big supporter of Israel too, doing an ad campaign for Israel’s SodaStream.

Scarlett Johansson had it all in 2021. Her long awaited standalone Marvel superhero movie “Black Widow” finally came out. The film was delayed for almost two years because of the Coronavirus pandemic. It was a big hit at the box office, but did not make as much money as it could have because Disney chose to also offer the movie for rent via live streaming.

This led to Scarlett Johansson filing a lawsuit against Disney in which she claimed that by offering “Black Widow” for live stream Disney hurt its box office gross. And as with all major stars, ScarJo earned a percentage of the gross in addition to her base pay for the movie.
–

Fortunately, the suit was settled out of court. “I am happy to have resolved our differences with Disney,” stated Johansson at the time. “I’m incredibly proud of the work we’ve done together over the years and have greatly enjoyed my creative relationship with the team. I look forward to continuing our collaboration in years to come.”

Steven Spielberg also had a great 2021. Hi long awaited remake of “West Side Story” was finally released. It was a huge hit with the critics, but has not done so well at the box office.

And in March, JBN reported on how Spielberg is making his own biopic. The new film which stars Seth Rogen is partially based on the two time Academy Award winner’s life story. It will deal with his childhood, growing up in Phoenix, Arizona. Steven Spielberg is also writing the movie himself.
–


Also in 2021, Steven Spielberg became one of the main backers behind Jewish Story Partners (JSP), a new Los Angeles-based film foundation which launched with an ambitious vision and its first round of grantees. Jewish Story Partners stimulates and supports the highest caliber independent films that utilize fresh, nuanced perspectives to tell stories about a diverse spectrum of Jewish experiences, histories, and cultures. Spielberg and wife Kate Capshaw donated $1 million to the project.

Of course Jerry Seinfeld also makes the list. Jerry Seinfeld loves Pop Tarts so much that he is making a movie about them for Netflix. You heard right! Jerry Seinfeld is set to both direct and star in a new movie about pop tarts called “Unfrosted.” Jerry is no stranger to Netflix. The streaming service is now home to his hit web interview series “Comedians in Cars Getting Coffee.”And Seinfeld also has two comedy specials which can be seen on Netflix, “23 Hours to Kill” and 2017’s “Jerry Before Seinfeld.”
–

His routine went on to talk about how odd it was that the food came in the same shape as the box and that it was protected in some sort of space age looking silver material in order to “protect them from gamma rays and Russian satellites that might shoot at them.”

There are two Pop Tarts per packet because, as Seinfeld explains, one is never enough and three are too many to fit in the toaster.

How could any such list not include Sarah Silverman? She is funny, cute and just plain great. This year she made waves by mocking the so called “cancel culture” and Silverman is certainly no stranger to controversy. She is a liberal who is also a vocal supporter of Israel.

In 2021 she came out and condemned what she calls “Jew Face.” on her “The Sarah Silverman Podcast.” But is she just being sarcastic to prove a point?

We have all heard about how Hollywood today has become so politically correct that it will no longer cast non-minorities in minority roles. This also applies to LGBT characters, so a trans person must now be cast to play a trans character. And ahead of its 33rd season this year, the beloved television comedy “The Simpsons” announced that it would “retire” the Indian character Apu. This character was criticized over the years for being a negative stereotype of Indian Americans.

So shouldn’t Jews only be played by Jews?
–

The response to this point is usually that American Jews do not need to be concerned with how they are portrayed and that it is only people of color and LGBT people who have been discriminated against and portrayed with insulting stereotypes over the years.

What exactly did Silverman say? On her podcast the comedian said, “There’s this long tradition of non-Jews playing Jews, and not just playing people who happen to be Jewish but people whose Jewishness is their whole being,” Silverman said. “One could argue, for instance, that a Gentile playing Joan Rivers correctly would be doing what is actually called ‘Jewface.’”

And we round out our list with Larry David. Of course Larry David made the list. Hi show “Curb Your Enthusiasm” returned in October for a triumphant eleventh season.

And in August Larry David showed just how mad he is at Alan Dershowitz for representing Donald Trump in his impeachment and for hobnobbing with all of Trump’s people like former Secretary of State Mike Pompeo. In fact, Larry David is so mad that he described Alan Dershowitz’s behavior as “disgusting.”

The two men ran into one another at a grocery store in Martha’s Vineyard, the famed getaway local for the rich and famous. David and Dershowitz were reportedly once close friends, but had a falling out after the former Harvard law professor became a sycophant of Donald Trump’s.

According to a report in the New York Post’s Page Six, Larry David made a comment about his support of Trump to Dershowitz.