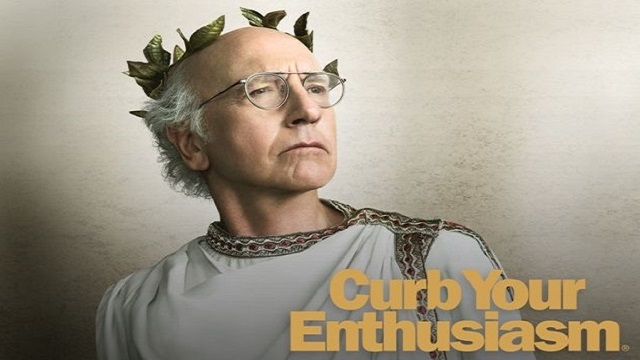 Boy is Larry David mad at Alan Dershowitz for having represented Donald Trump in his impeachment and for hobnobbing with all of Trump’s people like former Secretary of State Mike Pompeo. In fact, Larry David is so mad that he described Alan Dershowitz’s behavior as “disgusting.”

The two men ran into one another recently at a grocery store in Martha’s Vineyard, the famed getaway local for the rich and famous. David and Dershowitz were reportedly once close friends, but had a falling out after the former Harvard law professor became a sycophant of Donald Trump’s.

According to a report in the New York Post’s Page Six, Larry David made a comment about his support of Trump to Dershowitz. A witness told the paper that the encounter went something like this:

Dershowitz said, “We can still talk, Larry.” To this Larry David replied, “No. No. We really can’t. I saw you. I saw you with your arm around [Former Trump Secretary of State Mike] Pompeo! It’s disgusting!”

Then Larry David reportedly walked away. As he did so David took off his shirt revealing a T shirt underneath which read, “it’s The Constitution Stupid!”

Dershowitz told the Post that David screamed and yelled at him, that his face turned bright red, and that Dershowitz was even worried that David was going to have a stroke.

Alan Dershowitz called David a “knee jerk liberal” adding that David, “takes his politics from Hollywood. He doesn’t read a lot. He doesn’t think a lot.”

“It’s typical of what happens now on the Vineyard,” he added. “People won’t talk to each other if they don’t agree with their politics.”

“While he was writing bad jokes, I was helping to bring about peace in the Middle East,” Dershowitz told the post.

It is typical of Alan Dershowitz to claim that he somehow made peace in the Middle Est. Really? Has Dershowitz just gotten deluded in his old age, or has he always been such a narcissist? Alan Dershowitz never could make up his mind if he wanted to be a serious legal scholar or a celebrity who gets to be one of the cool crowd. But fortunately for him, these days you can be both.

In other Larry David/Martha’s Vineyard and the Hamptons rich people get away vacation spot news, the famously neurotic actor was actually happy to be disinvited from Barack Obama’s 60th birthday Party last week. The known germaphobe told the New York Times that when Obama was forced to reduce his guest list due to Covid concerns, he was relieved not to make the final cut.

“I was pretty glum when I finally called back his assistant. When he told me I was eighty-sixed from the party, I was so relieved, I screamed, ‘Thank you! Thank you!’ He must have thought I was insane,” Larry David told the Times. “Then I hung up the phone, poured myself a drink, and finished my crossword puzzle.”