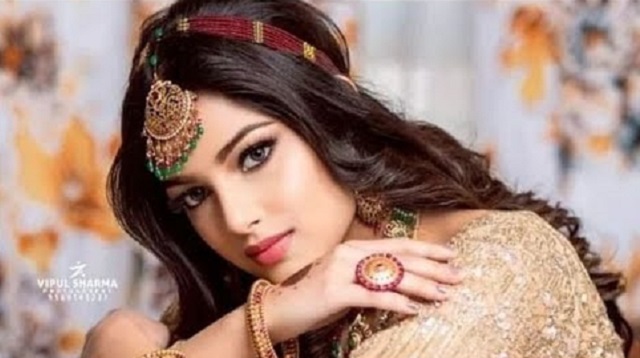 It was somewhat symbolic that India took the crown. Israel and India have had at best icy relations over the years. But recently these relations have thawed as business opportunities and connections between the two countries have grown.

In actuality, Miss Universe was crowned early Monday morning. Because of the time difference and so that the show could be aired at 7 P.M. local time in the eastern United States, the competition was held in the middle of the night in Israel, starting at 2 A.M. in Eilat. The winner was announced around dawn., as the sun rose over Israel.
–

In her acceptance speech, Sandhu said, “Stop comparing yourselves with others and let’s talk about more important things that is happening worldwide. I believe in myself that’s why I’m standing here today. Come out speak for yourself because you’re the leader of your own.”

This is the sort of thing that people have come to expect from a beauty contest contestant. They want people to forget that the entire concept of such contests is outdated and that they are really just about who looks best in a swimsuit. They want people to forget that the contest is nothing more than a 3 hour session in the objectification of women.

Israelis themselves did not seem to be so interested in the Miss Universe pageant. There was no public outcry at the holding of the event in the middle of the night when people were sound asleep in their warm beds. No one organized late night parties to watch it live as they do with the Super Bowl or the Oscars.

Popular entertainer Steve Harvey hosted the show. He began the broadcast by saying, “Tonight we are in the beautiful country of Israel. This is a country with so much rich culture and history.”
–

People may have expected some sort of protest against Israel held somewhere during the broadcast. But this year’s Miss Universe got little news coverage and it would seem that it just was not important enough for even the knee jerk Israel bashers to get heated up about.