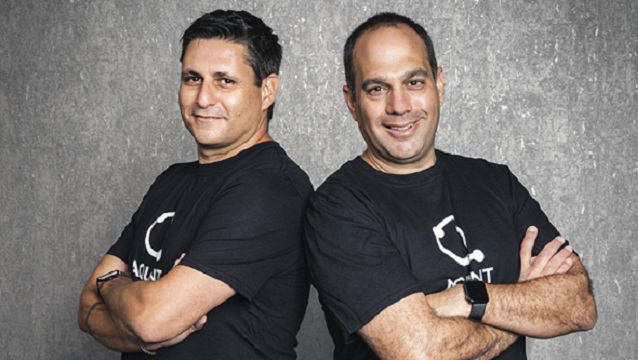 Everybody knows that Israel is Startup Nation. And the money from foreign investments keeps on flowing into the country. Globes has estimated that a record $3 billion was raised in the month of October alone.

One downside of all of this is the high Shekel. This could make Israel less attractive to foreign investments in the future as both the Dollar and the Euro have much less spending power in the country. But for now, as the saying goes, money talks. So the potential returns far outweigh the short term issue of the high Shekel.

Here are some of the biggest raises for the month of October.

Israeli cybersecurity startup Orca Security, which specializes in cloud services security, raised an additional $340 million last month. This brought Orca’s total Series C fundraising round to $550 million. Orca Security was already a unicorn, but now it is an even bigger one with a $1.8 billion valuation. The news came after Orca raised $150 million in July.
–

Cato Networks, an Israeli startup and unicorn that provides the world’s first Secure Access Service Edge (SASE) platform, hit a $2.5 billion valuation. The valuation came after Cato Networks raised $200 million in October in a round of funding led by Lightspeed Venture Partners. The company has now brought in a total of $532 million in investments to date.

Fabric, an Israeli retail logistics platform, raised $200 million in a Series C fundraising round in October, valuing the company at more than $1 billion. The round, which was led by Temasek, brought the total amount raised by the company to $336 million to date.

Celsius Networks is an Israeli startup – and a unicorn — that deals with cryptocurrencies like Bitcoin. In October, Celsius Network completed a $400 million investment led by WestCap, a growth equity firm, and Caisse de dépôt et placement du Québec (CDPQ), a global investment group. The raise gave Clesius a valuation of more than $3 billion.
–

Deel, an Israeli startup and unicorn which deals with payroll solutions for firms with international staffs, is now worth $5.5 billion. Deel hit this valuation after raising $425 million in a Series D round of funding in October.

Immunai, an Israeli biotech startup, brought in $215M in a Series B round of funding led by Koch Disruptive Technologies. The company’s total funding to date reached $295 million.

TripActions, an Israeli travel tech startup, brought in $275 million in October in a Series F growth funding round led by Greenoaks.

Wiz, an Israeli cloud security startup, raised an additional $250 million in October, at a company valuation of $6 billion.

Not all of the October raises were that big, obviously. But some of the other big ones included NeuroBlade, an Israeli startup that offers data acceleration solutions, also known as data analytics, which secured $83 million in Series B funding led by Corner Ventures.

Israeli big data startup Speedata, which was co-found by Eyal Waldman, former founder and CEO of Mellanox Technologies, raised $55 million in a Series A round led by Walden Catalyst Ventures, 83North, and Koch Disruptive Technologies (KDT).