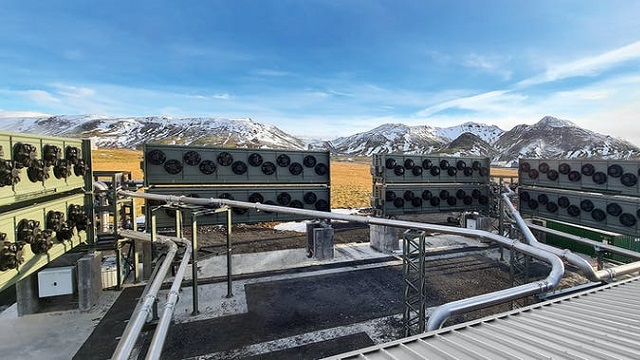 Aker Carbon Capture of Norway and Iceland’s Carbfix have established a partnership aimed at combining the companies’ complementary technologies to join the global fight against climate change. They have a new plant designed to literally suck carbon dioxide out of the air and turn it back into rock. The plant is called Orca, after the Icelandic word “orka” which means energy.

Used by Climeworks, “Orca” is a new direct air capture and storage plant in Iceland. It will take carbon dioxide removal to the next level by combining Climeworks’ direct air capture technology with the underground storage of carbon dioxide provided by Carbfix. Orca will capture 4000 tons of CO₂ per year – making it the world’s biggest climate-positive facility to date.
–

Only a month ago, the U.N. released a devastating report on just how bad a situation the world is in due to climate change. The report also showed that climate change has been caused by the activities of people. Humanity’s influence on the climate is “unambiguous,” the research says, before listing a litany of climate problems that would deteriorate exponentially if we do nothing. 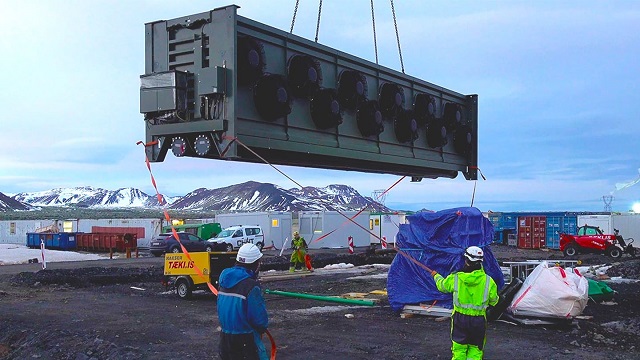 After the report’s release, Israel’s Minister of Environmental Protection Tamar Zandberg worked quickly to push through new laws to limit carbon emissions in Israel. At the time she stated, “The report of the UN Panel on Climate Change now published leaves no room for doubt: it is no longer possible to deny the intensity and urgency of the climate crisis, nor its connection to human activity. Israel has begun necessary actions, but it is imperative to declare a climate emergency, define climate disasters as a strategic threat on the threat map and prepare accordingly.”

But have we already passed the point of no return? Is it possible that even if the world ends all carbon emissions effective immediately, there may already be too much carbon in the atmosphere for this to make a difference? If this is the case, then the world must find ways to remove these gases and carbons from its air.

For two centuries the world has burned an innumerable amount of coal to produce energy. It began with coal burning steam engines on trains and ships at sea and then coal became the main source of energy for electric power plants. All that coal, unfortunately, released carbon to the atmosphere that caused climate change. And there are the billions of gasoline burning vehicles that have been in use worldwide for a century.

Now think about this: If coal and other fuels release carbon emissions into the atmosphere when broken down, why can’t there be a way to capture all of that gas from the atmosphere? And if you can do that, what then will you do with all of the collected carbon?

The new Orca plant is the answer. It collects the climate change causing gasses from the air and turns them back into rock. 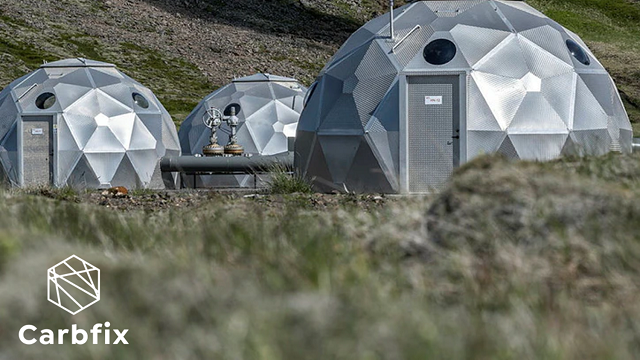 Climeworks said that the construction of Orca in the Geothermal Park in Hellisheidi, Iceland, is well underway. All eight collector containers of the Orca plant have been mounted and are ready to start capturing carbon dioxide.

The collector containers are the heart of the plant. This, explains the company, is where the two-step process to of capturing carbon dioxide takes place. Climeworks says that the next step will be to assemble the interconnecting piping to our process unit to prepare for the most complex step of the construction process — the installation of the process unit itself.

“We are excited to establish a partnership with Aker Carbon Capture, thereby bringing together two market-leading climate solutions that can significantly contribute to the drastic emission reductions that are urgently needed globally,” said Edda Sif Pind Aradóttir, CEO of Carbfix.

“Carbfix’s proven solution for CO2 storage is a perfect match for our HSE-friendly capture technology,” said Valborg Lundegaard, Chief Executive Officer of Aker Carbon Capture. “Together, we can offer industrial emitters the whole CCS value chain, capturing CO2 and permanently storing it by turning it into stone underground.”