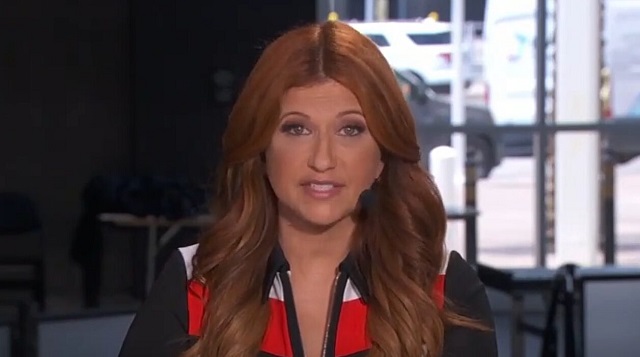 Rachel Nichols’ show The Jump was canceled this past week by ESPN. The move came a little over a month after Rachel Nichols became embroiled in a scandal over comments that she made which some considered to be racially charged.

ESPN is making the move in the aftermath of what Rachel Nichols said a while ago about being sidelined in favor of a black reporter. A video was revealed in which she complained that fellow ESPN reporter Maria Taylor, who is black, was only made a host of ESPN’s “NBA Countdown” instead of Nichols because of her race. ESPN took action against Nichols after the video was leaked and benched Rachel Nichols from the network’s coverage of the NBA finals.

Nichols’ comments were made in a private conversation that was accidentally recorded. But in this day and age, is there any such thing as privacy anymore? That was probably Rachel Nichols’ real mistake – speaking her mind. Today, we should all be going around with James Bond type devices that can detect and/or block any nearby recording devices whenever we speak “in private.”

And Nichols’ even apologized for her comments. But at the time some observers said that apologizing was a mistake. They pointed out that this was, in effect, an acknowledgement of guilt; even though, Nichols’ had done nothing wrong.
–

Other sports media venues have been highly critical of how ESPN treated Nichols. Sports Illustrated wrote, “it’s been hard to imagine how ESPN could’ve handled things any more poorly. And yesterday was the icing on the cake.”

The New York Post said, “ESPN, Home of the Double Standard, kicked her off the air for her mild and perhaps accurate complaints against ESPN’s race-based hiring and promotion practices, a recorded chat she wrongly figured was private.

“Nichols, reported to have a year left on her deal, is unlikely to reappear on ESPN. Now branded, if not smeared, her career might be kaput.”

On her dismissal, Rachel Nichols tweeted, “As we say goodbye to The Jump this week, our producers and staff have been remembering alllllll kinds of shenanigans through the years ???? Boy did we have fun…and just about everyone came on through…
Got to create a whole show and spend five years hanging out with some of my favorite people Red heart talking about one my favorite things Basketball An eternal thank you to our amazing producers & crew – The Jump was never built to last forever but it sure was fun.”

One more rip our producers put together called Out of Context – which is perfect context to see how tremendous they are. Man, what crew both behind and in front of the camera, and what an amazing family of viewers who hung out with us each day – thank you all: pic.twitter.com/FCdOzQ4Xuc