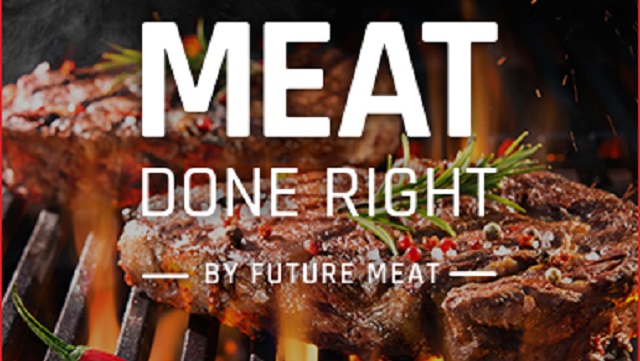 Nestlé, the international food conglomerate, will cooperate with Israeli cultured meat startup Future Meat Technologies. Nestlé Research in Lausanne in Switzerland will work with the techies from Future Meat on the company’s cultured-meat designs that do not sacrifice on taste or texture.

Nestle says that it will be able to take advantage of this collaboration with Future Meats to study how cultured meat ingredients can be integrated into its existing products, or used to create new climate-friendly options. The corporate world is working harder at going green and showing concern for animals and avoiding any animal cruelty. Future Meat develops new tech to create non-GMO animal meats directly from cells, which precludes the necessity of raising and slaughtering livestock.
–

This is the second such collaboration for an Israeli foodtech firm and an international this week alone. Just the other day Coca Cola Israel announced that it was investing in Israeli milk company Biomilk. Biomilk also uses culture technologies to make cultured dairy. Add cultured cheese to cultured meat and you can get a kosher cheeseburger.

Nestlé Institute of Material Sciences head Reinhard Behringer said, “For many years we have been investing in our protein expertise and the development of proprietary technologies for plant-based meat alternatives, allowing us to continuously expand our wide range of tasty and nutritious products with a lower environmental impact. To complement these efforts, we’re also exploring technologies that could lead to animal-friendly alternatives that are nutritious, sustainable, and close to meat in terms of taste, flavor, and texture.”