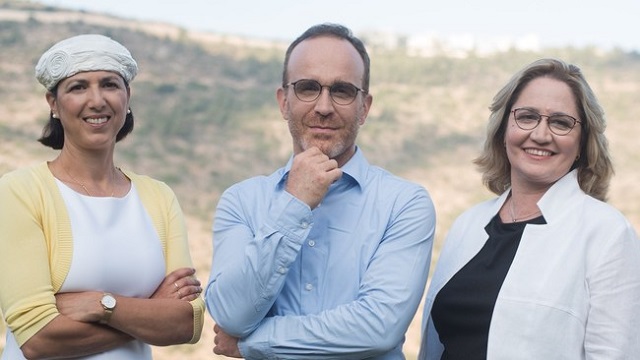 DisruptAD is a venture capital firm based in Abu Dhabi in the United Arab Emirates. So this investment in Aleph Farms marks yet another business success to come out of the Abraham Accords, which were signed by Israel with the UAE and Bahrain less than a year ago. The accords have been paying off major dividends for both countries. Millions and millions worth of deals have been signed by businesses and investors from the two nations for startups like Aleph Farms in less than a year since the peace deal was signed, and this is in spite of the worldwide Coronavirus recession.
–

DisruptAD’s Mayank Singhal said, “Our belief is that the future of food will be built around evolved consumer choices and a redressal of climate concerns, with Aleph playing a central role in shaping this agenda across global markets. We are delighted to partner with them.”

Aleph Farms boasts that its cell-grown meat is close to conventional meat thanks to a proprietary 3D platform that uses various types of cells to form complex tissue, ensuring an end product that resembles the taste, texture, and structure of farmed meat.
–

“We are thrilled to grow our relationships with existing partners, and welcome select new investors in this funding round,” said Didier Toubia, Co-Founder and CEO of Aleph Farms, about the new investment. “This additional capital from top-tier partners with unparalleled experience and expertise brings us significantly closer to our vision of providing secure and unconditional access to high-quality nutrition to anyone, anytime, anywhere. We see our investors as partners for building this new category of meat and it was critical to us that they share our strong commitment to improving the sustainability of our global food systems.”

Last October, Aleph Farms announced a new initiative to eventually produce its products on Mars. The program is called Aleph Zero and is intended to produce non-GMO cells anywhere and in any environment. In this way the production of its meat alternative will not be affected by the environment nor in any way have an impact on Earth’s environment.

Then there is Israel’s MeaTech 3D Ltd. (NASDAQ: MITC) is a technology company developing a suite of advanced manufacturing technologies to produce cultured meat products. MeaTech has begun cultivated pork research and development activities, focusing on cell lines and technologies for the potential future mass production of cultivated pork.