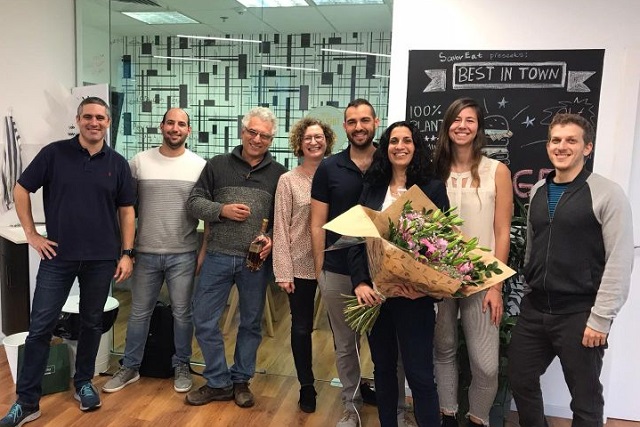 Israeli food-tech startup SvaorEat brought in NIS 42.6 million (about $13 million) in an IPO on the Tel Aviv Stock Exchange (TASE). This was the first time that a food-tech firm went public on the Israeli exchange.

The IPO was led by Psagot Provident and conducted by Leumi Partners Underwriters and gave SavorEat a valuation of $51 million. This would be amazing for any company which to date had only $3 million in investments and is only two years old as is true with SavorEat.

Startup Nation is no stranger to the development of eco-friendly vegetarian foods. Its local companies like Tivall have offered local consumers such as products for decades. But these are plant-based alternatives usually made with soy products.

But there now seems to be an explosion of local Israeli firms working on other types of meat and poultry alternatives made from vegetables or cloned animal cells.

Aleph Farms cultivates steaks directly from the cells of a living animal. And is even trying to grow its product in space. Zero Egg produces an egg alternative made from plants for foodservice and food manufacturers. The company asserts that its product tastes, looks, and functions like a real egg. And SuperMeat offers vegetarian chicken meat grown directly from chicken cells.

Founded just two years ago by its chief scientist Oded Shosayev, company CEO Racheli Vizman, and Ido Braslevsky, SavorEat develops meat replacing products which it says can recreate the unique experience, taste, and texture of meat in a convenient way and without a single animal. The product is made through a combination of the company’s proprietary 3D printing technology, automatic cooking machine, and unique plant-based ingredients that allow the creation of a variety of textures and designs that characterize meat.

In addition, SavorEat’s solution offers the ability to cook or grill the product during the printing process and the ability to personalize the dish to fit the consumer’s specific diet, lifestyle, or medical condition.