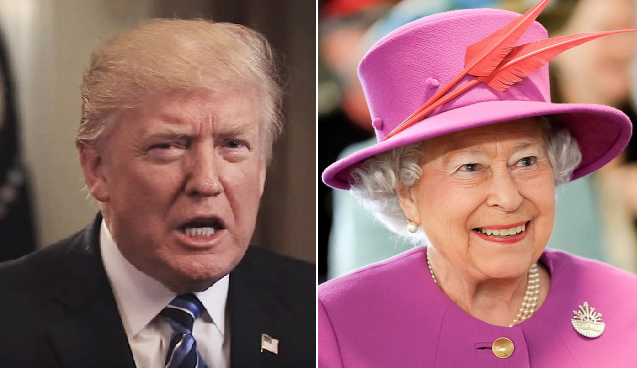 Trump’s controversial state visit to the UK is not as concerning as his escalating multi-front trade wars, affirms the boss of one of the world’s largest independent financial advisory organizations.

The comments from the CEO and founder of deVere Group, Nigel Green, come as U.S. President Donald Trump arrives in London for a three-day state visit.

The president and First Lady Melania Trump will be guests of the Queen and attend a ceremony in Portsmouth to mark 75 years since the D-Day landings. He will also have official talks with the prime minister, Theresa May, at Downing Street.

Mass anti-Trump protests are expected and invitations to the banquet have been rejected by high profile figures, including the Mayor of London, Sadiq Khan, and leader of the official opposition, Jeremy Corbyn.

Nigel Green says: “It is unfathomable that Trump’s banquet with the Queen, which is about pomp and ceremony, is sparking more outrage and controversy than his trade policies that threaten to send the world into a global recession.

“Mr. Trump is the democratically-elected leader of the U.S., the UK’s largest and most powerful ally in the world. To me, it seems pretty standard he would be afforded a state visit.  Strategically less important, and more controversial, undemocratically-elected, leaders have been welcomed in the same way.”

He continues: “Bizarrely, there have been no heated mass protests and derogatory inflatables about Trump’s multi-front trade wars that make a global economic downturn a real possibility.

“Rising protectionism, the tit-for-tat dispute between the U.S. and China, the world’s two largest economies – and now possibly between the U.S. and Mexico too, will inevitably hit consumers around the world by making it harder for all firms to operate, encouraging them to push steeper prices onto their customers.

“This will drive global demand lower – and this will force job and wealth-creating firms around the world to cut costs, meaning less investment, fewer jobs, and, therefore, less tax revenue for governments.”

Last month, Mr. Trump raised the tariffs on $200 billion worth of Chinese goods from 10 percent to 25 percent. U.S. representatives have also threatened to impose tariffs on $300 billion in remaining Chinese imports.

On Thursday, Trump took to Twitter to announce a 5 percent tariff on all goods coming from Mexico would take effect on June 10. The tariff would then rise by 5 percent each month, with tariffs topping out at 25 percent by October. Trump said the tariffs come in response to illegal immigration issues.

The deVere CEO concludes: “Mr. Trump’s protectionist, anti-globalization policies have real consequences for people around the world, especially as China is wheeling out ‘countermeasures,’ and as the White House last week reopened the North American front in his global trade wars.

“There should be people on the streets calling for free trade and the scrapping of U.S.-led protectionism in order to boost the world economy.”

deVere Group is one of the world’s largest independent advisors of specialist global financial solutions to international, local mass affluent, and high-net-worth clients.  It has a network of more than 70 offices across the world, over 80,000 clients and $12bn under advisement.