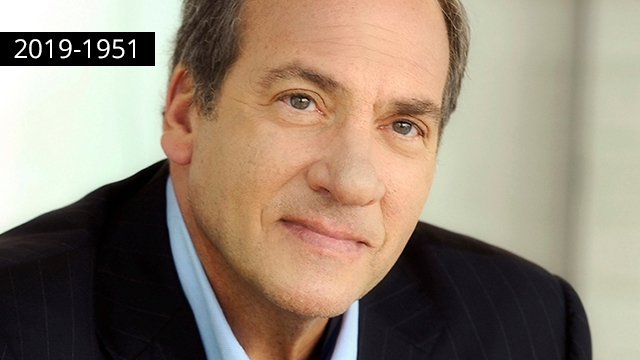 Rabbi Yechiel Eckstein, 67, the founder, and president of the Fellowship Foundation died of sudden cardiac arrest early in the morning.  His wife found him, and the rescue forces could only determine his death.

A writer,  a musician who published several Hassidic music albums, and Zionist in every aspect of his life, Rabbi Yechiel Eckstein raised billions for the State of Israel. His funeral will take place tomorrow (Thursday) at 13:00 in the “Land of Life” cemetery in Beit Shemesh.

The rabbi was born in 1951 in Canada under the name of Yehiel Zvi Eckstein, son of Rabbi Cy and Belle Eckstein. His father was a community rabbi who escaped from the 1929 riots in Eretz Israel and was later sent to study in the United States. He was ordained by Rabbi Dov Soloveitchik as Rabbi of Yeshiva University in New York.  Eckstein completed his doctoral studies in the philosophy of religion at Columbia University, where he served as a lecturer. He also lectured at the Theological Seminary of Chicago and the North Baptist Seminary.

After completing his studies at the Hesder Yeshiva in Israel, Eckstein returned to the US. In 1983, he founded the Friendship Fund, a social organization that focuses on “International Fellowship between Jews and Christians.” Since then he has devoted his life to building bridges of understanding and cooperation between the Christian world and the State of Israel and the Jewish people.

“We have 1.6 million donors, 99 percent of whom are non-Jews, mainly Evangelical Christians, but there are also several thousand Jews, especially from the United States. We also have offices in Canada, South Korea, and Brazil, “he said in an interview with Hanoch Daum in Yedioth Ahronoth.

One of the fifty influential rabbis

Rabbi Eckstein served as the advisor to former Prime Minister Ariel Sharon, and in 2005 was appointed an ambassador of goodwill on behalf of the State of Israel to the Evangelical world. He wrote 11 books, most of them about Jewish-Christian relations.

As part of his efforts to develop interfaith dialogue, Rabbi Eckstein conducted the first Passover Seder for the Senate and was the first rabbi to deliver a greeting to an American president at a memorial ceremony for President Roosevelt.

He has been featured on the Newsweek magazine’s 50 Most Influential Rabbis in the world, received a medal from the American Congress for the Raoul Wallenberg Award for Contribution to the Community, and the Government of Israel Award for a special contribution to the welfare of the community. Rabbi Eckstein was also chosen as the Jewish Federation of Jewish Communities’ of the Year, a recipient of the Jerusalem Prize of the Economic Forum, and more than a hundred other prizes from various groups and organizations.

A legacy of Building Bridges

The Fellowship Foundation organization he founded responded with great shock and deep sorrow to the announcement of his demise. “Rabbi Eckstein devoted his entire life to the strengthening of the State of Israel and the Jewish people,” according to the statement. “His life’s work, the Friendship Foundation, has helped the most vulnerable populations in Israeli society and among the Jewish communities around the world in recent decades, and millions of people for whom the fund he has built owe their gratitude to this special person.”

The statement also said that “Rabbi Eckstein’s legacy was to build bridges between the evangelical Christian communities in the United States and elsewhere in the world, to support and cooperate with the State of Israel. From the fruit of his efforts over the past forty years, Israeli citizens enjoy tourism today, the diplomatic boom of Israel and the social contribution of billions of shekels. ”

Eckstein told once in an interview to Ynet that his dreamed of immigrating to Israel at any cost. “A little before the age of fifty, I said to myself: If not now, when? my heart in the east and I am far away in the West.” After his first wife refused to immigrate to Israel he separated from her and his three daughters and made an Aliya.

His second wife Joel was born in Barcelona and immigrated to Israel at the age of 17.

The activities of the fund he led also drew criticism from officials who feared missionary agendas and testified that he had to hire security guards.

In an interview with Avihu Kadosh on Ynet in 2011, he said of himself  “I am a person with a good soul who wants to do good. Every morning I wake up and really thank God for believing in me that I can help the Jewish people and Israel. I hope that the Lord of the Universe has not yet finished with me, even though again I am less needy today and I can rest on the top of the mountain I am in. True, after many years in Israel, I am more cynical, but still with tears, the so-called ‘Nevertheless, despite everything.’ ”