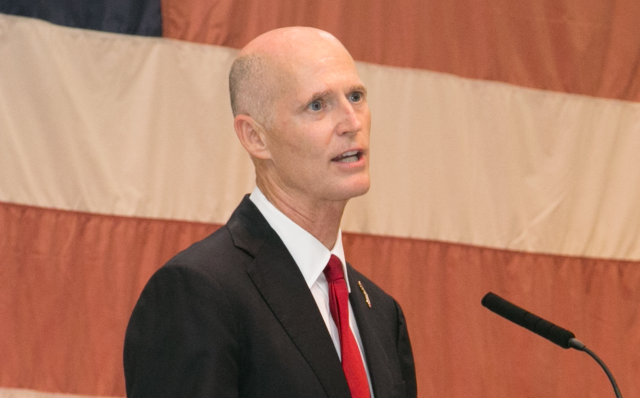 Trump is only short steps away from declaring that the war on terrorism is over. We won the war, he claims, but. There is always a but as his own staff disclaims what he says.

It was Stalin back in 1946 and it is Putin today. Communism is gone as the world’s greatest threat, but the Trump-Putin Alliance does not look good at all. Whether it’s tons of gold on a jet in Venezuela or troop withdrawal from Syria, the danger is there for all to see.

After VE Day there was great, disturbing trouble amidst the peace. Think of the more recent finding the Weapons of Mass Destruction in Iraq and a war that should not have taken place, a war that destabilized the Middle East and more. The destabilization of Syria and Afghanistan is not over by a long shot. There will be regrettable consequences.

Iran was targeted by Stalin as he wanted oil and bases.

Turkey, too, was targeted by Stalin and he did not get military bases there. The United States was able to secure bases in Turkey instead.

China after the war. A billion dollars of aid was stolen by the Nationalists and chiefly by Chiang’s family ($300 million at that time). Chiang demoted his brother-in-law briefly and later the total which had been published was agreed to at only $3 million. The press was forced to admit to a decimal point error. And while this and a huge Black Market were going on, forty thousand people died of hunger in Henan Province in 1946.

The Russians ordered Japanese officers captured in the war to train the Chinese communists. Which they did. And Generalissimo Chiang ordered repression against people who wanted independence.

Chiang expected victory in ten months even though experts in America told him he was wrong. And boy was he wrong.

In Greece, 108,000 people had died and there were 800,000 refugees. Stalin had sent money and weapons to Greek rebels, but would not provide troops. The United States Congress provided $400 million in military and economic aid. The British had backed the Right Wing.

The British Empire felt the stress as India entered into a period of massacres after the Great Calcutta Killings. There were between 1.0 and 1.2 million people killed and 15 million people were forced to migrate. And the British withdrew during those days from India. Here Gandhi visits Calcutta,
In France, from 1945-46 there were 6,763 death sentences given to people that had not been previously killed, 791 by guillotine. All sorts of people were rounded up in the tens of thousands for revenge, except those who had rounded up the Jews for extermination. The blame was placed on the Germans by the French.

In Palestine, a half hour of waiting had taken place and then the detonation of a bomb that exploded in the King David Hotel in Jerusalem. Two hundred were wounded and 91 people died, including 17 Jews and 41 Palestinian Arabs as the British were targeted.

With the withdrawal of the British, the Arabs were ready to attack instead of sitting back watching things. Decades earlier both David Ben-Gurion and Field Marshall Bernard Montgomery said that there was no solution to the violence between Jews and Arabs in Palestine. I first felt the same thing in the 1980s, discovering it on my own.

In Hungary, fascists were recruited to take care of anti-communists. And people were tortured.

And today we know that most experts do not agree with Donald Trump about Syria and Afghanistan. Where is the Trump plan if he defies the experts and takes out the troops? Are the American people going to depend on his rash judgment or are they going to consult history as well? George W. Bush got away with his error as he was elected for a second time (the War in Iraq).

Truman made mistakes as well, but there was clarification about an intelligence report made by important people who had access to Truman that could have led unnecessarily to war with the Soviet Union. That report was squashed by Eisenhower and General Norman Schwarzkopf, Sr. who told Truman that the Russians were in no position to attack Iran. Consider all of Trump’s fake news.

Will Trump end the war on terrorism soon with his rash decisions and faulty logic? If Trump is right, then his partisans should be putting together the greatest parade in American history in Washington, D.C. to honor the man who ended world terrorism. Forget the wall as a barrier to keep out terrorists a la Trump and start funding the charade…oops I mean parade.

As you may know, the Soviet Union funded Communist China and later funded the communists in Vietnam. And World War II was won, but. Learn from and share history with others. Millions of people were refugees back then and Trump can barely handle a caravan of 6,000. We had major humanitarian crises back then. Didn’t we?

And Senator Rick Scott writes in today’s Washington Post I have been a senator for three weeks. Washington is worse than you’ve heard is about the Republicans position to influence voters with an opinion that uses a poll of Hispanics who feel we need stronger and not weaker immigration policies. The word stronger has always kept out people that have helped make America as good as it ever was and lots of them have been or are Hispanics.
Then we can turn to this. I could make up a question and put everyone in the time machine taking us back to Germany under Hitler. Does Rick Scott know that Hitler’s policies at that time were protecting Jews in the street from hooligans?

Trump vs. America: A Shutout Being Pitched

Rick Scott could easily have asked his Jewish constituents if he had been in the German government if Hitler is good or bad for the country and the answer could have been good (strong vs. weak) and possibly by the same two-thirds to one-third that was polled in his question. Hitler was doing a good job and Trump gets high marks from lots of people. And there is great danger in all of that. Rick Scott has made Washington worse already.

Then there is this. Yesterday, early in the day, before Rick Scott’s opinion was published, I was on the phone with the office of the top person of the Washington Post explaining how the NY Times and the Washington Post has not responded to me. Keep in mind that I am just a “little” person writing for the Jewish Business News trying to make a difference. I did the same in contacting Long Island News 12. Let’s see what happens with all of that.

DACA for the Wall is not right at all. Trump removed those protections from the young immigrants who came to America with their parents. Hitler removed protections from Jews which led to Kristallnacht and the Holocaust. Now Trump wants a wall that Democrats say is a “waste.” And I agree.
The border wall does seem to protect us, but people are climbing the wall all the time. Go back and see the video (King David Hotel) of Jews entering or attempting to enter Haifa in Palestine, Jewish caravans by the thousands that found ways to get in against great security (of its time). Learn from it. An additional question could have been asked by Scott and should have been asked. What do you think the immigrants will do when the wall is completed? Climb the wall or return back to their countries?

The Wall is waste and Trump is a waste. Where is Scott’s toilet tissue to clean things up?

I gave my article about Trump Pitching a Shutout in Jewish Business News to two elected officials (Hispanic) in my community that oppose the wall and support DACA. I wouldn’t be surprised if they just sit on it and wait and see what happens in Washington. D.C. That is not what I want and I will not tolerate that.