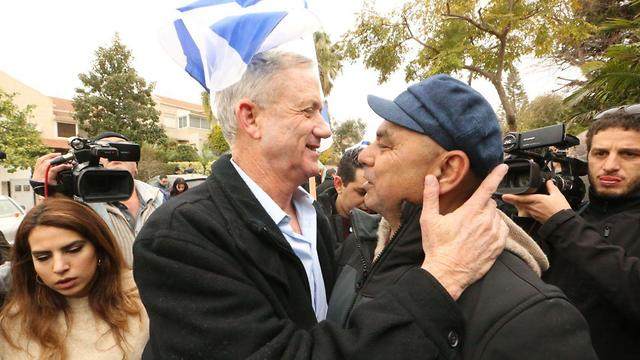 Former IDF chief and the leader of the Israel Resilience Party Benny Gantz made his first political statement on Monday morning, promising to work to amend the controversial Nation-State Law to make it more inclusive for the country’s minorities.

Gantz has kept his own counsel since his retirement from the IDF in 2015 and has remained quiet about his political positions even after registering his party for the upcoming Israeli elections. Many have waited to hear where he stands on the political spectrum, and his prolonged silence has led to speculations about his reasons for not speaking out.

On Monday, Gantz welcomed a group of demonstrators protesting the Nation-State Law, at his home in Rosh HaAyin. The contentious law defines Israel as the nation-state of the Jewish people as well as ends Arabic’s status as an official language of Israel, leading critics to claim it is discriminatory against Israel’s minorities.

“We have a blood alliance, but just as importantly, we have a life alliance. We need to make sure that we build this partnership and this alliance together, as it should be,” Gantz said to the protesters, members of Israel’s Druze minority. The Nation-State Law was met by fierce opposition from the Israeli Druze community, who argue that their years of loyalty to the state, including military service, have been met by discrimination and insult.

“I will do all in my power to work to amend the legislation, so it will give expression to this bond, the deep bond that cannot be severed—not just in battle, but also in life; not just in difficulties, but also in good times. We’ll do this together,” he said.

Gantz’s comment was met with criticism from the right. The ruling Likud Party issued a statement saying that “When Gantz attacks the Nation-State Law, and Tzipi Livni congratulates him on that, everyone knows the obvious: Gantz is left, just like Lapid.” 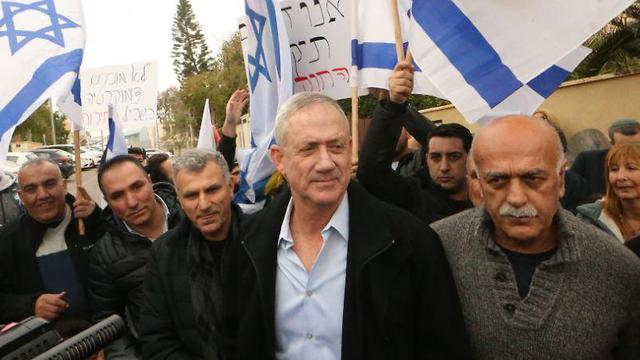 Former minister Gideon Sa’ar, who intends to run in the coming Likud primaries, said, “if the first sentence coming out of Benny Gantz is against the most important achievement of the national camp in the outgoing Knesset, this accurately places him against that camp. I respect Gantz’s military past, but I’m a little less impressed by his understanding of constitutional law. There’s no reason to amend or change the Nation-State Law.”

The New Right Party, led by Education Minister Naftali Bennett and Justice Minister Ayelet Shaked, echoed Sa’ar’s statement. “Gantz’s first statement in politics makes it clear: Gantz joined the left wing. The Nation-State is a historic achievement that gives the state back its national, Jewish and Zionist character in light of the ongoing erosion caused by the High Court of Justice. Gantz’s plan to change the Nation-State Law makes his position clear,” the party said.

Later this week, the activists, led by Brig. Gen. (res.) Amal Asad, are expected to hold similar protests at homes of other party leaders and candidates in the upcoming Knesset elections and demand a commitment from them to work to amend the legislation. They plan on seeking similar commitments from the Likud Party leader, Prime Minister Benjamin Netanyahu; New Right leaders Bennett and Shaked; the leader of the Gesher party MK Orly Levy-Abekasis; and Kulanu Party leader Finance Minister Moshe Kahlon.

“The Nation-State Law in its current version strengthens nationalism, racism, hatred and factionalism in Israeli society and seriously harms minorities and the national strength,” the activists said in a statement.

“The formula is simple: without equality to all citizens, there is no democracy. There is no such thing as ‘partial equality,’ and there cannot be some citizens who are more important than others. We see the highest importance in the fact the State of Israel is the nation-state of the Jewish people, while at the same time we see the highest importance in it being equal and democratic.”

In this article:Finance, Benny Gantz, Elections, Elections in Israel, 2019 Elections