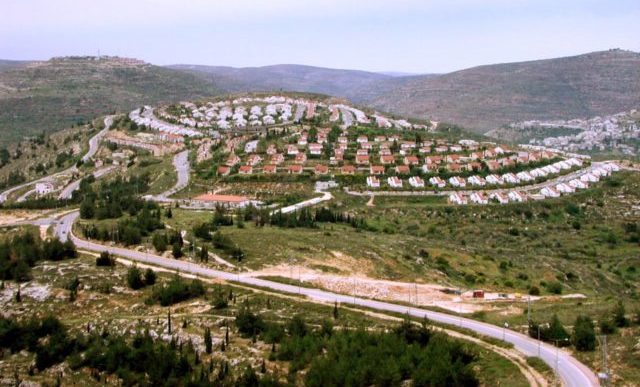 Airbnb, the short-term apartment rental giant, surrendered to the boycott movement and announced on Monday that it has decided to remove “Listings in Disputed Regions”

For us, the question centers on the approximately 200 Airbnb listings in Israeli settlements in the West Bank and whether they should be available for rent on our platform. We are most certainly not the experts when it comes to the historical disputes in this region.” the company said in a statement on the website.

“We concluded that we should remove listings in Israeli settlements in the occupied West Bank that are at the core of the dispute between Israelis and Palestinians.”

“Our hope is that someday sooner rather than later, a framework is put in place where the entire global community is aligned so there will be a resolution to this historic conflict and a clear path forward for everybody to follow.”

“We are certainly not experts when it comes to historic conflicts in this region,” the company stated. “Our team is struggling with this problem and we have been working hard to reach the right approach. As a global platform operating in 191 countries and regions and more than 81,000 cities, we must consider the impact we have and act responsibly.”

Oded Revivi, mayor of the West Bank town of Efrat and a representative of the settler council described the Airbnb decision as contrary to its mission, as stated on the website, of “help(ing) to bring people together in as many places as possible around the world”.

“When they make such a decision, they get involved with politics, which … is going to defeat the actual purpose of the enterprise itself,” he told Reuters.

Moshe Bruce, CEO of Gush Etzion Tourism, said in response to the company’s decision: “This is another unfortunate decision by organizations that are trying to boycott business owners and tourist sites from all over the country. Despite the disgraceful decision by Airbnb, we will continue to promote tourism in Gush Etzion and bring in many visitors from around the world and from all walks of life. ”

Tourism Minister Yariv Levin called on Airbnb to reverse their decision calling it “shameful.” The minister said he was looking into taking action against the company’s activities throughout Israel.

Dep. Minister Michael Oren criticized Airbnb for blacklisting and singling out Israel while ignoring other regions involved in land disputes, such as Turkish Cyprus, Tibet, the Crimea and Western Sahara.

Shlomo Ne’eman, Director of the Gush Etzion Regional Council asserted that the Jewish settlements will not lose any tourists as a result of the move and called on Jews around the world to boycott Airbnb in response.

Minister Gilad Erdan called the decision anti-Semitic saying it stemmed from political, and not business, considerations. “The BDS movement does not differentiate between the whole of Israel and Judea and Samaria, as far as they are concerned, Israel has no right to exist.”

He added: “Political conflicts exist all over the world, they need to explain why they specifically chose to impose this policy on Israel alone.”

The minister suggested that hosts harmed by the move seek legal action against the company for engaging in a boycott against the State of Israel. He said that he intends to consult with officials in the US, where more than 25 states passed laws banning boycotts of Israel.

The left-wing Peace Now movement issued a response to the Airbnb decision: “Even if Netanyahu and Bennett refuse to see the Green Line, the rest of the world differentiates between Israel and the occupied territories. International companies are interested in doing business with Israel but are not ready to accept the continuation of military control over millions of Palestinians.”