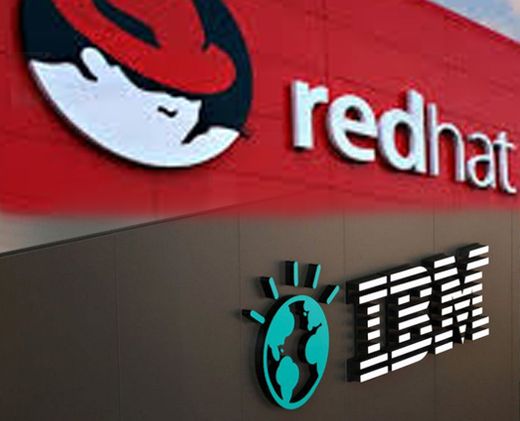 According to the joint statement of the two companies, it is a cash deal in which IBM will acquire all Red Hat shares at a price of $ 190 a share. Red Hat is traded at a company value of $ 20.5 billion. In other words, the deal is done at a premium of 65%.

Red Hat has an Israeli presence. In September 2008, just before the subprime crisis, the company acquired the Israeli Qumranet of the entrepreneurs Benny Schneider and Rami Tamir, Moshe Bar Ph.D. and Giora Yaron Ph.D, for $ 107 million. Qumranet offering a desktop virtualization platform.

Red Hat has a development center in Ra’anana with 200 employees. Alongside them, several dozen employees are also employed by Red Hat, a joint venture of Israel, Greece, and Cyprus. As a result of the deal, the employees will probably be integrated into IBM’s operations in Israel.

IBM will establish itself as a provider of cloud services

To date, IBM has relied on third-party collaboration lagging behind Amazon and Microsoft in the cloud market. Activity in this market is one of IBM’s strategic keys that can serve as a significant growth engine.

The acquisition will establish IBM as a provider of cloud services, independent of third-party operating systems. The combination of Red Hat will enable it to thicken its cloud product offerings and save customers the need to build solutions that require the integration of multiple external vendors.

Hybrid cloud computing is the hottest field in the world. This is a combination of private and public cloud computing systems. A customer can use the products he already has and combine them with the cloud computing that the vendor has. This solution is required primarily for corporate customers and regulated businesses. Such as companies that need to hold some of the information on local servers.

Red Hat is also a leading supplier for Amazon, Microsoft, Alibaba, and Google. According to the Company’s statement, no changes are expected in the first stage of the partnership, even though these are direct competitors. Commentator explained Calcalist that IBM’s ambition is to become the “Switzerland” of cloud computing. This means maintaining neutrality and enabling the integration of additional public cloud arrays into its service offerings.

IBM understands that the company will not be able to bypass the huge advantage that Amazon and Microsoft have in the public cloud market. The company hopes to bypass the size advantage of the two and combine its own solutions in the framework of the rivalry.

All public cloud providers support open source, but some like Amazon make it difficult for customers who want to switch suppliers. Instead of replacing Amazon’s solutions with those of other vendors, IBM will be able to integrate them into its solution offerings.