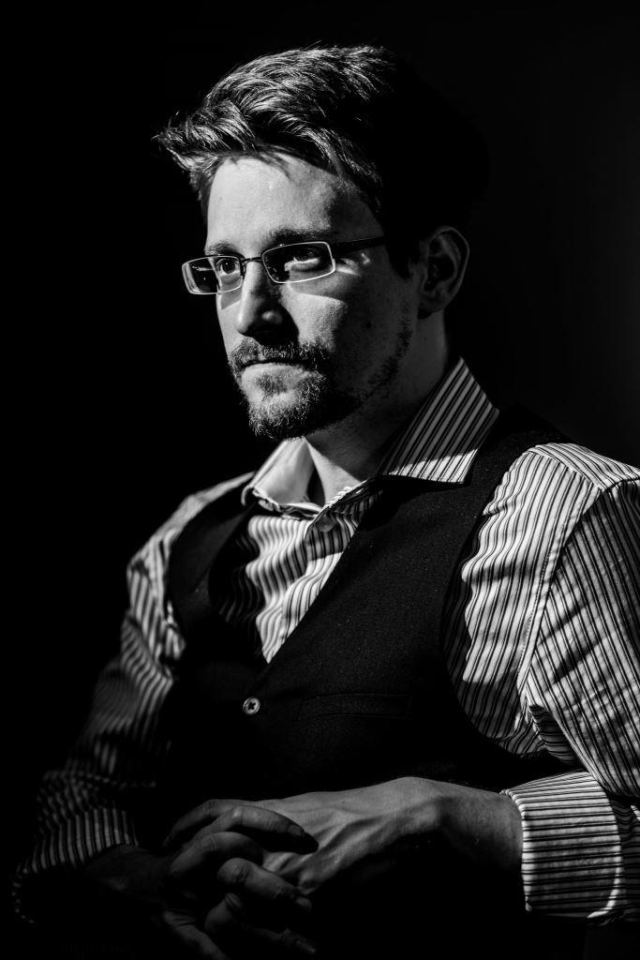 It is five years since the world’s biggest and most sensitive-ever leak in history of intellgence hit the international headlines. Edward Snowden, who disclosed the American and British surveillance program and stunned intelligence agencies worldwide and changed the way governments and intelligence organizations behave, will speak, for the first time, from his secret hideaway in Russia, by video conference, to an audience in Israel.

This extraordinary event will take place on November 6, as part of a closed event for specially invited guests, arranged by Israeli media consultancy firm “OH! Orenstein Hoshen”. Snowden will speak via a secured video system, and will answer questions, from the Israeli audience and he is expected to talk about, among other things, issues relating specifically to Israel. Snowden’s comments will be responded to by former Mossad deputy director Ram Ben Barak, where he was in charge of the “Keshet” department for obtaining intelligence via electronic means. He has also served as director general of Israel’s Ministry of Intelligence Services and the Ministry of Strategic Affairs. Currently, Mr. Ben Barak serves as President of Fortify Defense, and director of a number of companies and consultant to technological business ventures.

After a process lasting several months, Snowden’s associates, and Snowden himself have responded positively to OH! Orenstein Hoshen’s request to speak to an Israeli audience for the first time. The firm was founded by media consultants Hedan Orenstein and Itamar Hoshen

Was Edward Snowden Actually a Spy

Edward Snowden actions have aroused intense arguments on the matter of whether the NSA’s ultra-advanced surveillance programs are an illegal invasion of the privacy of tens of millions of US citizens, in contravention of the US constitution, or a legitimate tool in the struggle against terror and homeland security. As we are currently concerned about difficult questions regarding privacy and security of our personal data, we do not know of many such important public debates or talks about the high price paid so far on the stand being taken.”

Orenstein and Hoshen added that, “Snowden is a fascinating figure because his actions are so controversial. We have no intention of expressing support or an opinion on what he did. The audience will hear what he has to say, can ask tough questions and people can work out their own opinions on the matter.”

Before becoming one of the world’s most wanted fugitives, Snowden served as a senior computer systems professional for the CIA and subsequently was an employee of DELL and Booz Allen Hamilton, which provided computer services to the CIA and the NSA. Over the years that he worked for the most secret intelligence organizations in the US, he became known as “a genius among geniuses.” In his last job, he held full PRIVAC – privileged access, which granted him virtually unrestricted access to all NSA data and he served as a cybernetic intelligence expert who was responsible for operating computer systems that carried out surveillance on hundreds of millions of people, most of whom it turned out were simply innocent people surfing the Internet, using a telephone, or just sending email to friends. At the time, the systems of computer and telecom giants Verizon, AT&T, Skype, Google, Facebook, AOL, Microsoft, Apple and Yahoo – were all recruited by the NSA, aware and sometimes unaware, and transferred information that included not only “dry” communications data but also audio and video files, and personal pictures and emails.

As a result, Snowden was afflicted by serious personal doubts about the conduct of the NSA, and because all efforts to contact his superiors were in vain he left his job in May 2013, and took with him 1.7 million of the highest classified documents, which told how US intelligence surveilled hundreds of millions of people worldwide; how the US intelligence listened in on political and business leaders around the world; how the US and its allies shared intelligence about their citizens and how they successfully protected the secrecy of it all for so many years. The intelligence, which in his opinion would not damage US security, was passed onto the Guardian and the Washington Post, which began publishing it, piece by piece, in June 2013. 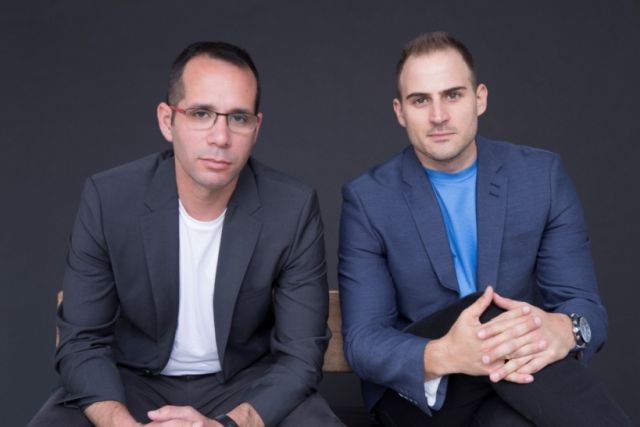 “I made huge efforts to report these programs to my colleagues and supervisors and anybody who had the appropriate approval, and the response of those I told about the scale of the constitutional violations ranged from very concerned to shocked but nobody was prepared to risk their job, their family and perhaps even their freedom in order to undergo what was required of such a revelation,” Snowden said in an interview in 2014.

Regarding his world outlook on the right to privacy and its importance he said, “The charge that you don’t care about the right to privacy if you have nothing to hide is no different than saying that you don’t care about freedom of expression, if you’ve got nothing to say.” In answer to the question, “What’s the difference between information gathered by commercial companies on citizens and that gathered by governments,” Snowden explained that the information gathered by corporations is much less dangerous than that gathered by government agencies because “Governments have the power to take away your rights from you.”

Snowden’s revelations exposed the large number of global surveillance programs operated by the NSA and agencies in Australia, Canada, New Zealand and the UK. The extensive coverage won by the revelations stirred up storms around the world creating huge shockwaves in the world’s intelligence communities and stimulating intensive public discussions on questions of privacy versus homeland security.

Among the revelations, it was disclosed that the NSA carried out surveillance, read and intercepted the emails of then Israeli Prime Minister Ehud Olmert, Defense Minister Ehud Barak and his assistant Yoni Koren. The surveillance was conducted through satellite connections using the main telecom companies and out of the vast amount of information passing through, the intelligence agencies chose who to monitor.

A short after publication of the leaks on June 21, 2013, the US Justice Department filed three indictments against Snowden on two counts of violating the Espionage Law and stealing government property. Following the indictments, his passport was cancelled, as he was flying to Russia where he was awarded asylum after 22 applications for political asylum were rejected due to US pressure. Snowden currently lives in a secret hideout in Moscow and he is permitted to remain there until 2020. In recent years, Snowden has been President of the Freedom of Press Foundation, an organization that sets out to promote freedom of expression and freedom of reporting by the media. In January 2014, Glenn Greenwald, a journalist who uncovered the Snowden documents, was interviewed by Israel’s Channel 10 and he said that, “There were an enormous number of very important stories that have not yet been reported. There definitely remained stories related to the Middle East and Israel.”

Due to the fact that at the timer of the offenses, Snowden served as a government contractor and not a civil servant, he does not have the right to permanent protection for whistleblowers and consequently, if he returns to the US, he may have to stand trial for spying, which could even carry the death sentence.

Within this context, it should be pointed out that when he was the presidential candidate Donald Trump expressed himself several times on the matter of Snowden and in 2014 said that he was a “spy who had caused great damage to the US. Back when our country was strong and respected, spies were executed.” In 2016, Trump said that he was convinced that he could bring Snowden back to go on trial in the US. Trump said, “If I’m president, Putin will say (to Snowden) hey boom you’re gone. I promise you.”

US Secretary of State Mike Pompeo also spoke about Snowden when he was a member of Congress, “we have to bring him back from Russia, and give him fair due process, and I think that the right result would be that he would get the death sentence.”
Commentators believe that within the framework of US-Russia relations, Putin could extradite Snowden, if he thinks that it would help him score points or achieve something from the Americans. Snowden himself has spoken about the possibility that President Trump would try to do a deal for his extradition and said that, “Would Trump try to do some sort of deal? Perhaps. Can I do anything about it? No.”

In June 2015, in a move perceived as a reaction to the public repercussions that Snowden’s revelations had aroused, the US Senate prevented the extension of regulations, as part of the “Patriot Law,” which allowed the NSA to continue gathering electronic data is a massive and unchecked manner. Instead, temporary legislation was approved, which is less invasive. As part of this, gathering intelligence will be carried out by the telecom companies and retrieved according to individual requests and subject to special approval. However, in January 2018, President Trump announced that he had signed a new law for surveillance programs, which gives back to the NSA unlimited surveillance powers – including intelligence gathering on citizens through intercepting messages and conversations as well as access to information from Facebook, G-Mail, and Twitter.

In this article:Finance, Edward Snowden, US-Russia