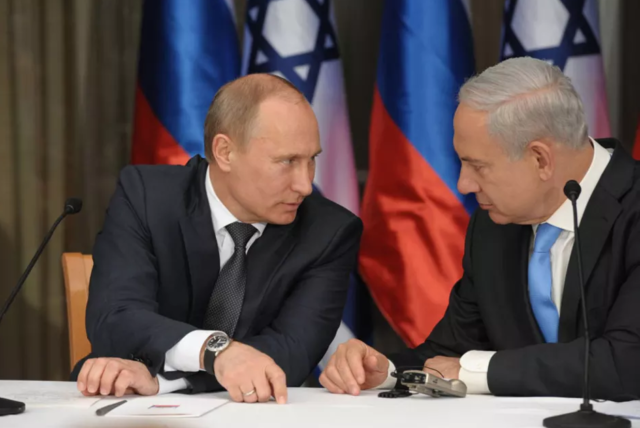 The crisis between Israel and the Russians following Syria’s downing of a Russian spy plane near Latakia is serious and has caused a wide rift between the two countries, according to political sources in Jerusalem.

It turns out that the visit by an IDF delegation to Moscow to protest Israel’s innocence and to thaw the icy standoff that has developed since has only served to frost relations further and underscore the disparity in the versions that have surfaced between the two sides.

In the briefings that were given to Russian media by President Vladimir Putin’s representatives, the Israeli version was presented as nothing more than fallacious. The Israeli investigation appears not to have interested the Russians, and Prime Minister Netanyahu’s gesture of sending the IAF commander to Moscow left no impression on them. From the Russian point of view, this was purely a perfunctory facade. What they were really interested in was how Israel’s IAF intelligence works.

The Russian newspaper “Komsomolskaya Pravda” which has close ties with the Russian Defense Ministry and with the Kremlin spokesman Dmitry Peskov described on Thursday the meeting between the IAF chief Maj. Gen. Amikam Norkin and his Russian counterpart as cold, difficult, stern and without smiles. The paper said that the Russians had demanded that Israel, before anything else, recognize that its actions had brought about a tragedy and that “the blame lies with the Israelis. That is our basic position.”

“We made clear to Norkin that our facts contradict theirs, and conclusions such as those reached by the Israelis may have been invented,” he said. 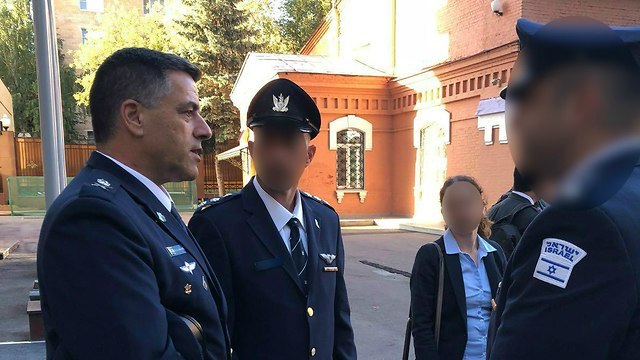 It is important to note that in Russia there are no leaks about sensitive security meetings such as this one. Therefore, Israel concluded that the report was no coincidence and it comes directly from Putin’s spokesman or another senior official in the Kremlin. Either way, the article described the Israelis as people shuffling around uncomfortably in their chairs, as people who avoided answering technical questions and who tried to speak about Iranian responsibility for the incident and Assad’s culpability.

The paper also said that Norkin’s Russian counterpart asked during the meeting: “What did you do in the airspace?” According to them, Norkin admitted that Israel did not look into the presence of Russian aircraft in the area during the attack.

The Russian message to Israel is a political and unequivocal one: They do not want Israel to continue flying and launching strikes in Syria and certainly not in the current state of affairs. The downing of the plane is an opportunity for the Russians to change the current understanding with Israel regarding the IAF’s freedom to operate in Syria. Israel now face a dramatic decision on the depth of the crisis and how far it is willing to take it with the Russians. At the moment, the crisis seems insolvable.

In the Israeli security establishment, officials have repeatedly emphasized that Israel will not be compromising on its military efforts to remove the Iranian military presence from Syria and prevent the transfer of weapons to Hezbollah.The message being conveyed from Moscow is that the Kremlin does not encourage visits to Russia by Israeli officials in an effort to bridge the diplomatic rift that has developed. Nor does it support visits by Russian officials to Israel over the matter. 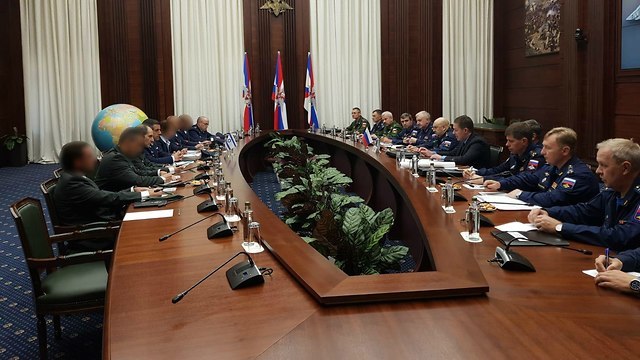 Israel is convinced that it acted in accordance with the agreements reached with Russia and that everything that took place stemmed from a lack of professionalism demonstrated by the Syrians who shot down the plane. Moreover, the Israelis are con

vinced that the fact that they have hitherto refrained from hitting Syrian and Iranian targets along the Syrian coast has brought about a situation in which the Iranians believe they can establish military facilities in the area under the umbrella of Russian air defenses. Thus, Israel will continue to do everything in order to expunge the Iranian presence from the area.

Nevertheless, beyond the declarations and policies, in the coming days, Israel will need to make decisions on the continuation of operations above Syrian territory and on relations with the Russians. Israel believes that time will run its course and the mutual interest in preserving healthy relations will ultimately prevail over the crisis.

The next Israeli strike in Syria will, therefore, be a test for both sides. It is possible to assume that if and when Israel chooses to strike a target, it will do everything in its abilities to ensure early and thorough coordination with the Russians, even if it comes at the expense of security information, lest it awakens an even angrier Russian bear.