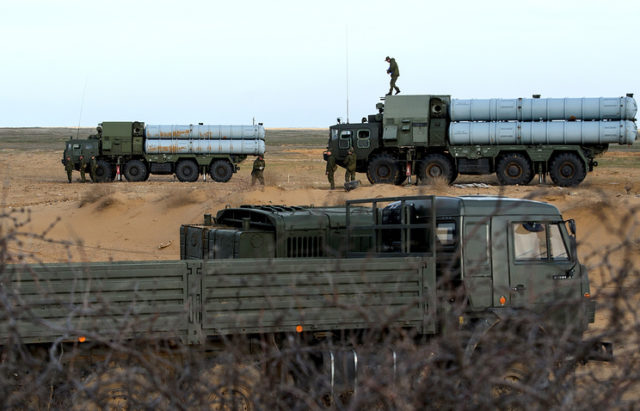 Russian Defence Minister Sergei Shoigu said on Monday that within two weeks the Syrian army will get an S-300  air-defense missile system, following the downing of the Ilyushin IL-20.

“A modern S-300 air defense missile system will be supplied to the Syrian Armed Forces within two weeks. It is capable of intercepting air assault weapons at a distance of more than 250 kilometers and hit simultaneously several air targets,” the minister said.

According to Shoigu, this unit intended to “calm down some hotheads” whose actions “pose a threat to our troops.”

The announcement comes a day after the ministry presented the findings of its investigation into the downing of the Russian plane, was mistakenly shot down by Syria’s air defenses soon after Israel strike near the city of Latakia. Russian investigation concluded that Israel bears responsibility for the aircraft’s shooting down that killed 15 servicemen.

“In 2013, we agreed to stop the transfer of the air-defense missile system to Syria due to an Israeli request. However, through no fault of our own, the situation has changed,” the defense minister stressed.

Shoigu added that Russia will begin using electromagnetic devices intended to prevent satellite communications off the coast of Syria.

Syrian President Bashar Assad’s office said that President Putin personally told him on Monday regarding the transfer of the S-300 system in order to ensure better protection of its forces in the region.

On Sunday, during a press briefing, ministry spokesman Maj. Gen. Igor Konashenkov said the heads of the IDF do not appreciate the relationship with Moscow.

“The military leadership of Israel either has no appreciation for the level of relations with Russia, or has no control over individual commands or commanding officers who understood that their actions would lead to tragedy,” Konashenkov stressed.

“The actions of the Israeli fighter pilots, which led to the loss of life of 15 Russian servicemen, either lacked professionalism or were an act of criminal negligence, to say the least,” he continued.

Russia has claimed since the attack that Israel gave the Kremlin less than one minute’s notice before the attack, giving the plane insufficient time to fly to safety—”a clear violation of the 2015 Russian-Israeli agreements.”

RT said in its report that the IDF “failed to provide the location of their jets or properly specify their targets, claiming they were going to attack several ‘industrial facilities’ in northern Syria, close to the Il-20’s area of operation.

“The misinformation prompted the Russian Command to order the recon plane back to the Khmeimim air base. The Israeli jets, however, instead almost immediately attacked the western Syrian Latakia province.”