A former employee of Israeli hacking company NSO Group Technologies has been charged last week with stealing intellectual property and trying to sell it for $50 million over the Darknet in a manner that could harm state security, Justice Ministry said on Thursday.

The indictment filed by the cyber department in the State Attorney’s Office is regarded by the authorities as one of the worst cybersecurity and economic crime affairs in Israel’s history.

The stolen property included the Pegasus software, which can spy and eavesdrop on any person in the world without their knowledge. Other NSO information stolen by the accused worth hundreds of millions of dollars.

Pegasus was used by governments in several countries in targeted attacks against human rights activists and journalists.

The ministry said the accused had an access to the company’s servers and proprietary tools.

The 38-years-old man was a senior programmer at NSO, is charged with attempting to damage property in a manner liable to damage state security, theft by an employee, defense marketing without a defense marketing license, and disruption or obstruction of computer material.

He was called in for a hearing before his dismissal from the company on April 29. The state asked the accused’s remand to be extended until the conclusion of the legal proceedings against him.

The man, whose identity may not be published right now, contacted someone on the darknet in an attempt to sell the software he downloaded for $50 million in encrypted virtual currency. The buyer alerted NSO, which called in the police and the suspect was arrested on June 5, the statement by Justice Ministry said, without identifying the third party person.

The company said that no intellectual property or company materials were shared with any third party or otherwise leaked and no customer data or information was compromised.

NSO was founded in 2010 by Niv Carmi, Omri Lavie and CEO Shalev Hulio, ex-members of IDF’s 8200 Unit, the Israeli Intelligence Corps. the company was acquired in 2014 by Francisco Partners Management for $130 million. Currently, NSO has 500 employees and is reported as for sale for $1 billion. 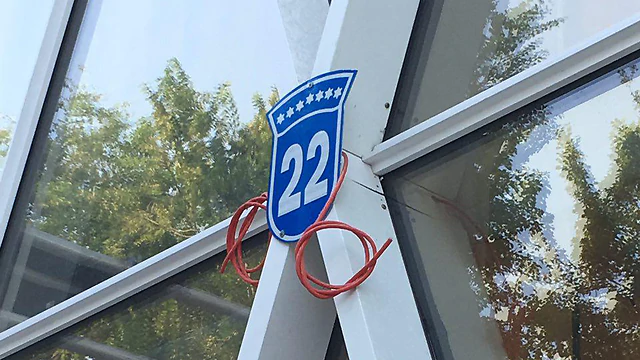 The three friends, Hulio, Lavie, and Avi Rozen founded in 2013 a mobile security company, Kaymera, as a counterpart to the NSO Group. Kaymera is located in the same building as NSO in Herzliya Pituah.

The company is best known as a supplier of mobile surveillance tools to governments and law enforcement agencies. NSO was in the spotlight amid allegations raised by Italian company Hacking Team, which said the spyware had been supplied to the governments of Panama and Mexico and had

The Justice Ministry said that, according to testimony gathered in the case, the ex-employee’s alleged actions “endangered NSO and could have led to its collapse”. A gag order prevents disclosure of details of the security threat, it said.

The accused has been charged with an attempt to harm property in a manner that could hurt state security, employee theft and attempting to market security matter without an appropriate licence.

“We will continue to support the prosecution of the perpetrator to the full extent of the law and pursue all available legal actions,” NSO said in a statement.

A lawyer for the accused said in comments broadcast on the Ynet website that his client never thought about harming state security and that court proceedings would show that the accusations are baseless.

By Staff and Reuters