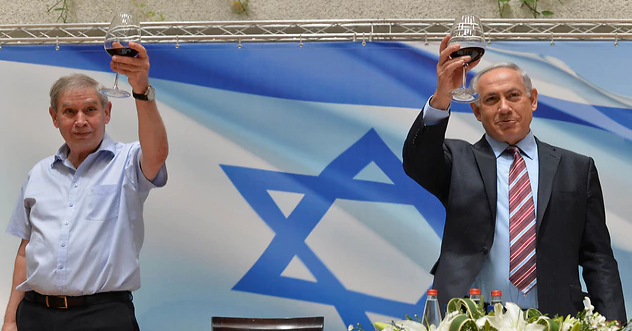 “Wiretapping was the biggest show of distrust possible,” Pardo told Uvda in an interview. “I’ve never asked to wiretap any Mossad employees. It has never even crossed my mind. I consider it to be out of bounds.”

“I don’t want to believe that a prime minister of a democratic country such as Israel would ask the Shin Bet head to wiretap the heads of the Mossad or the IDF. If he didn’t trust us, he could have made us resign our positions in 10 minutes,” the former spy added.

“This is the worst thing that can happen. Had I known about something like that, the right thing to do would have been to get up and leave, saying this isn’t my game,” the ex-Mossad chief went on say.

The Prime Minister’s Office issued a statement on Pardo’s interview, saying, “Allegations that the prime minister has asked the Shin Bet head to wiretap the chief of staff and Mossad head are absolutely ludicrous.”

“This is a complete distortion of the system’s efforts to preserve information security regarding sensitive issues that are of the utmost importance to Israel’s security,” the statement went on to say. 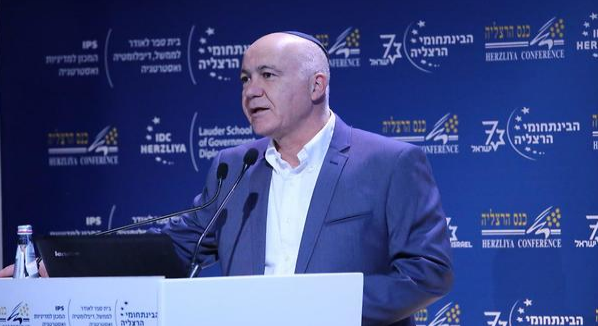 “The decision on which means to use and on which officials is in the authorized officials’ hands,” according to the Prime Minister’s Office’s statement.

Prime Minister Netanyahu himself strongly denied Friday the claims he had asked the former Shin bet head to wiretap two of the leading figures in Israel’s defense establishment.

“I’ve never asked to wiretap the chief of staff and former Mossad chief. This is a complete lie!” Netanyahu tweeted. “Lies have no limit!”

In a video posted to his social media accounts later Friday, the prime minister doubled down on the matter, saying, “There’s some show that claims to be presenting facts, where it was claimed I instructed the former head of the Shin Bet to wiretap the IDF chief and the head of the Mossad. There’s only one problem with that: It’s a complete lie. I’m not the only one to say this, the former Shin Bet also said: It’s nonsense, it’s a lie.”

The Shin Bet has not yet commented on the matter.

Pardo also said during his interview with Uvda that Netanyahu had given the military an order in 2011 to prepare to strike Iran within 15 days. “Since my stance on the issue was clear—I thought it was the wrong move—I was hoping it would not be executed,” he said.

“The order to attack within 15 days indicated the intention (to attack) is real. (The next stage is to) commence battle procedure and eventually execute. I didn’t believe such a thing can happen,” he recalled.

“When dealing with such (sensitive) issues one has to trust (your) people, they are the ones that steer the ship. Therefore, when (Netanyahu) orders to begin a countdown process, it’s clear he’s not playing games. These issues have tremendous significance. These are not issues for drills,” Pardo stated.

“If somebody goes ahead and orders such a thing, it has a twofold meaning—either he means it, or he is signaling to an external element to dissuade him,” the former spook elaborated.

Pardo also spoke on the assassination of former Iranian scientists, maintaining that some boundaries were not meant to be crossed.

“One doesn’t punish despicable people for their actions if they stopped committing them. One neutralizes ticking bombs—people who are committing malicious deeds here and now,” he opined.

Former prime minister Ehud Barak, who served as Netanyahu’s defense minister in 2011, has previously claimed Netanyahu sought to bomb Iran in 2010 and 2011, but was opposed by senior Israeli officials.

Pardo said that upon receiving the command, he sought “clarifications about everything I could, I checked with legal advisers and former Mossad chiefs, I consulted with everyone I could to understand who is authorized to give the order concerning launching a war.”

He clarified that he wanted “to be certain that if, heaven forbid, something incorrect happened, even if the mission failed, that there won’t be a situation where I carried out an illegal operation.”

When asked if striking Iran would have been considered as launching a war, he said “plain and simple, yes.”

Regarding the press conference Netanyahu held, during which he presented documents from Iran’s secret nuclear archives obtained by Mossad agents, Pardo said that on an operational level he thought the operation was executed well.

“I don’t intend to criticize an acting Mossad head. Let’s just say that if an event like that (meaning Netanyahu’s press conference) was held in 2016, I wouldn’t have appreciated it,” he implied.

Zionist Union MK Tzipi Livni called on the Subcommittee for Intelligence and Secret Services on Friday to convene for an urgent meeting to which the former Shin Bet head and the current Mossad chief will be summoned.

Livni addressed the Foreign Affairs and Defense Committee’s chairman, Avi Dichter, and underlined that the meeting’s purpose was to receive information on whether a request for a wiretap had been made in the past and who are the elements being wiretapped today.

The meeting is also meant to extract information about the supervision on approving such an action, Livni added.