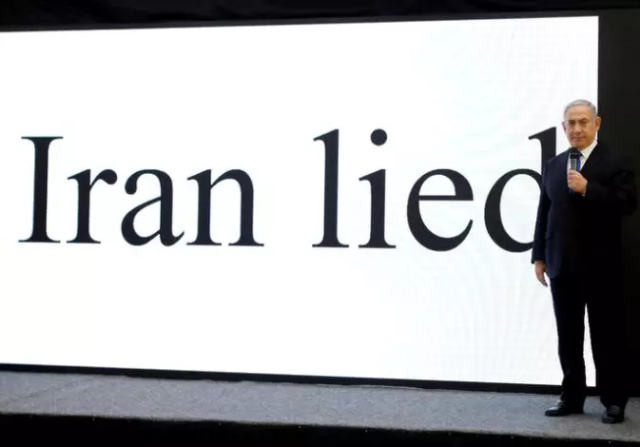 In Israel television primetime, Prime Minister Benjamin Netanyahu said on Monday that Iran had lied about not developing nuclear weapons.

Netanyahu claimed the Mossad had obtained 55,000 pages of Iranian documents, photos, and videos relating to something called Protect Amad.  He said the documents had been kept in underground “massive safes” and that it has all five elements of a nuclear weapons programme.

he has “conclusive proof” of a secret project underway in Iran for the development of a nuclear weapon—evidence that he said proved that Tehran had lied “big time” to the international community.

“Iran had lied about not developing nuclear weapons and had continued to preserve and expand its nuclear weapons knowledge after signing a 2015 deal with global powers,” he said.

“After signing the nuclear deal in 2015, Iran intensified its efforts to hide its secret files,” he said. “In 2017 Iran moved its nuclear weapons files to a highly secret location in Tehran.” 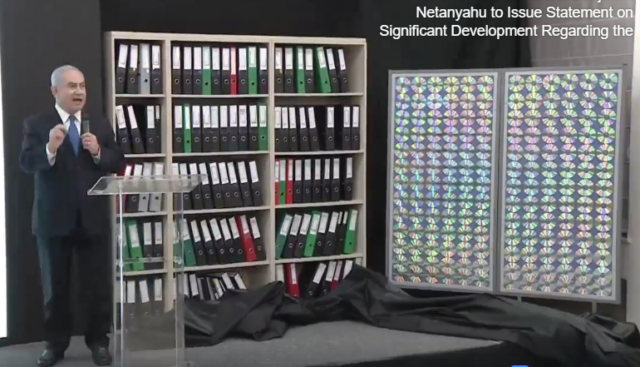 Netanyahu said that Iran continued to preserve and expand its nuclear weapons knowledge for future use.

According to Netanyahu, the information had been shared with both Washington and the International Atomic Energy Agency for verification.