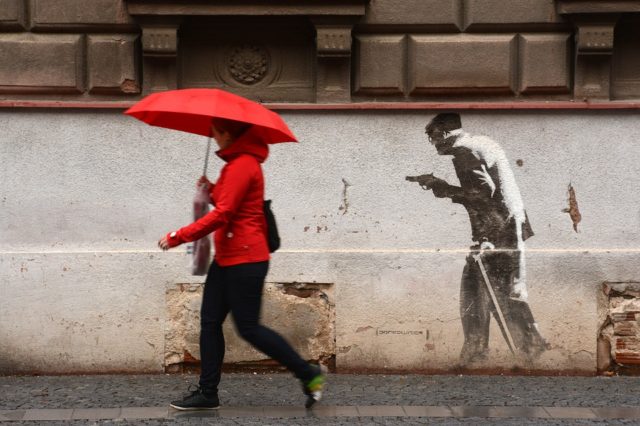 Trump is not with the families of victims and survivors of Santa Fe High School in Texas.

He prefers to attend a campaign rally on Long Island and a forum about his favorite topic, MS-13, one of the world’s most brutal street gangs.

Trump claims that he would run into a school to take out a shooter (Parkland). People say that Trump has not taken leadership in this American problem at all.

More shootings have taken place at schools in the United States. There have been at least 23 shootings this year and the White House got involved after Parkland. What does that involvement mean? Let’s cast aside all the fake news (even factual news that turned out to be photo ops instead of a real forum on what needs to be done). Just to lead off in an open and honest direction, this is something from the Presidential Campaign of 2016 that I will share. What would Hillary Clinton say to an N.R.A. member who saved her life during a shooting? The way that Congresswoman Giffords was shot? Thank you, of course, but wait a minute and do not take my comments out of context.

Earlier this year I shared with readers of Jewish Business News that the N.R.A. was not originally established to defend the Second Amendment (see From Moses Defender of the Ten Commandments to Defender of the Second Amendment). And now we must put up with Oliver North as president of the N.R.A. Don’t you think that there are greater patriots among us? Is Trump himself really a great patriot or is he just someone who keeps on knocking the people who defend us as he attempts to take his base into a swamp that objects to the F.B.I., the Department of Justice, and a thorough investigation of what took place before the Presidential Campaign and after it.

Underlying all of this is a White House that claims it is protecting all of us and leading supporters and others to believe that is what is going on. Donald Trump is expected to meet this coming week with Congressman Peter King and others at a Long Island forum about MS-13. He should have already been meeting in Texas with the community there that is devastated by the recent killing of 10 of their own and others who were wounded. But it is not just the appearance that is essential. What is needed is a White House report on what progress it has been made since the Parkland shooting. What solutions have been promoted by the White House? You cannot run or hide from the truth. Those general and specific developments should be released by the White House or at least someone should leak what they are.

I have been involved as a teacher in trying to make schools safer. I failed in 2000 after a student reported to me that an attack might take place and it was mentioned to me that a machete or a hatchet was going to be used. The program director and staff opposed the action that I took upon myself which was to inform the teacher’s union. Nothing happened to change that situation and I went on medical leave and never returned, but I kept in touch by reaching out to a police officer who was assigned to the school. What he told me was revealing. Even though there was no attack, weeks after I went on medical leave a student was arrested who was going to use a knife on another student.

Over a decade before that, I was assigned to a drug rehab site to teach where the students were afraid to be in the program with a youth who had just arrived. The look or expression on the youth’s face was very intimidating to say the least. That youth was removed from the site that day and sent to a location far away. Was his removal based on other factors than that expression on his face? I never learned more than I am telling you, but the expression on Nikolas Cruz’s face was there for a long time and not just one day. The point is that the White House and the rest of our nation can learn a lot people who the White House will never consider in helping us make America safer. In fact the climate among school administrators or even the F.B.I. based on my experience will never translate into bringing about a team of people who can get the job done much better.

Texas Lt. Governor Dan Patrick spoke and said that perhaps schools should have fewer entrances. In the 1970s school custodial staff secured exits with locks to close doors which the Fire Department reversed for being a fire hazard and a threat to lives. There has been great outrage over the governor’s comment. Governor Andrew Cuomo of New York wrote to Trump and members of Congress “You were elected to lead- do something.” A Trump supporter showed up at the scene of the crime with his Make America Great Again hat, an American flag, and a pistol tucked into his waist as he told a reporter that he was there to Make America Great Again. Even a gun rights person on the scene referred to the man as an “idiot.”

Where is Trump’s help, even in the Veterans Administration where that agency and locals in Louisiana have prevented justice for a man who has been fighting for about a decade to bring criminal charges against a doctor? We must fight against Americans having so many guns in their possession, particularly assault weapons and the Parkland survivors and the loved ones who are suffering know that the fight is about more than gun control. Trump, you may recall got a bill passed to protect whistleblowers in the Veteran’s Administration, but it will be highly improbable to have the truth come out enough to protect Americans. Take the case of Floyd Hamilton III of Louisiana who has revealed these facts and determine for yourself if you can have confidence in Trump’s legislation being successful, especially since the swamp that exists there may be composed of his voter base.

A few more facts about the case provided by Floyd Hamilton III:

1. The doctor in question was working under a fraudulent license.

2. She admitted that she did not complete a State of Virginia medical application because she was denied in Florida 3 days before. Virginia ignored that fact and gave her the medical license anyway, which in turn allowed her to murder 8 veterans that we know of thus far.

3. The VA Hospital recognized her as having anger management problems and the hospital admitted her into anger management treatment. Then she admitted in court that “none of the classes that she was in helped her”.

4. The cover-up existed by the federal government and the VA by intentionally leaving medical facts out of the OIG report to show through a CT-Scan had revealed brain damage over that weekend pertaining to Mr. Floyd Hamilton Jr.’s medical records.

5. All the deaths that took place under her care were not given a Peer Review, meaning that this was intentionally done to cover up and protect those that are possibly involved.

6. Evidence has surfaced over time that there have been threats and intimations against federal litigants and witnesses by Alexandria Pineville VA employees and other VA Employees.

The swamp needs to be drained now. It is time to give Floyd Hamilton justice for his father who was taken off life support without his permission.