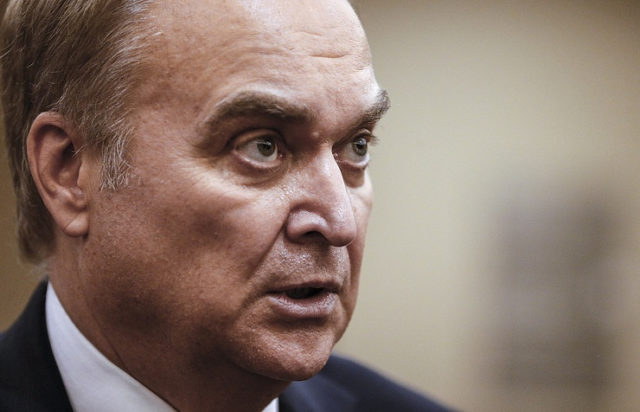 Russia’s ambassador in Washington Anatoly Antonov said in a statement immediately after the first strikes on Syria: “Actions by the United States and its allies in Syria would entail consequences for which they would have to bear responsibility,

Statement by the Ambassador Antonov on the strikes on #Syria:
A pre-designed scenario is being implemented. Again, we are being threatened. We warned that such actions will not be left without consequences.
All responsibility for them rests with Washington, London and Paris. pic.twitter.com/QEmWEffUzx

“The worst expectations have materialized. Our warnings fell on deaf ears. A pre-planned scenario is being acted on. We are being threatened again,” Russia’s ambassador stated. “We have warned that such actions will not remain without consequences. All responsibility for them rests upon Washington, London and Paris,” he said.

Antonov stressed that “insulting the Russian president was inadmissible. The United States, a country that has the largest arsenal of chemical weapons, has no moral right to accuse other countries,” he said.

The Russian Foreign Ministry is claiming that more than 100 missiles were fired at Syria, but that a “significant number” were intercepted.