After Indian Airlines announced last month its intention to make three weekly flights to Israel over Saudi Arabia the carrier has started selling tickets for the inaugural of the new Tel Aviv-Delhi flight.

Starting in about two weeks, on March 22, the direct flights over Saudi will take seven hours and 10 minutes. Thus shortening the flight time by two hours.

According to the company’s website, Tickets for the first flight will start at $367. The price of two round-trip tickets will rise by an average of $710 in the near future. Skyscanner also sells air tickets on the Israel-India route with Air India.

Prime Minister Benjamin Netanyahu said Monday after his meeting with US President Donald Trump that Saudi Arabia had approved planes intended for Israel to cross over. 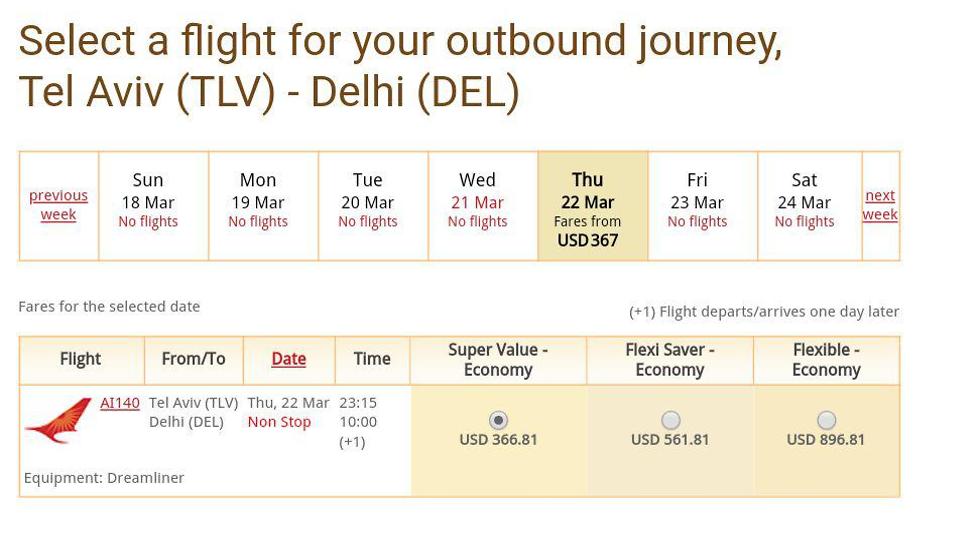 Yesterday Netanyahu said that Saudi Arabia had allowed Air India to fly through its direct route to Israel. However, Saudi Arabia has yet to officially confirm this.

A week ago, El Al sent an official letter to the International Air Transport Association (IATA) to help it obtain a permit to fly over Saudi Arabia’s airspace in order to compete with Air India.

The talks on the operation of Air India flights began during Netanyahu’s visit to India, where he met Indian Prime Minister Narendra Modi. In addition to economic agreements, the two signed an aviation agreement that determines that changes in flight rates and security arrangements will be possible and that the coordination between the parties will be strengthened. 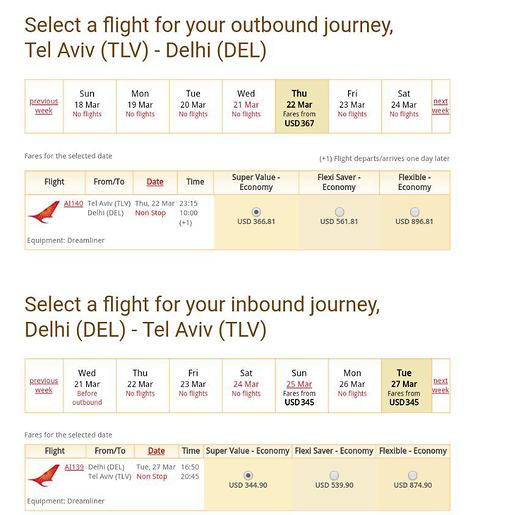 The Indian airline received a grant of 750,000 euros (3.2 million shekels) from the Tourism Ministry to operate the line, which is supposed to give further impetus to the growing relations between India and Israel.

The Ministry of Tourism in Jerusalem said that in exchange for the grant, the company would operate up to three flights per week, and that they would be a “tiebreaker” in the Israeli effort to promote tourism from India.

The Saudi Air Authority denied the reports, but recently they did not comment on the matter and the Indian company neither confirmed nor denied it.