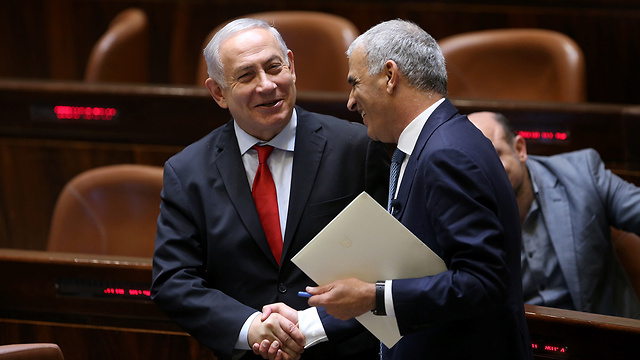 Coalition Chairman David Amsalem (Likud) insisted that “There is nothing new here.” He claimed the police had “marked” Netanyahu two years ago and have been doing everything in their power to “hit their mark,” calling it “an illegitimate process that would endanger any democracy in the world.”

“A government is replaced through the ballot box and not the army or police,” Amsalem added.

Tourism Minister Yariv Levin (Likud) called the police’s recommendations to indict the leader of his party a “contemptible play for a government coup that flies against the will of the electorate.”

Culture and Sport Minister Miri Regev (Likud) also slammed Lapid, saying, “I’m not surprised by the police’s recommendations, they were foretold and carry no legal weight. The only revelation tonight is in exposing Yair Lapid’s true face—a failed politician who chose to join those brandishing guillotines in Rothschild in an attempt to take down Netanyahu and the Likud in undemocratic ways.

“Divulging his identity as the central witness (in the illicit gifts affair) is the final nail in his political coffin.”

Minister of Jerusalem Affairs and Environmental Protection Ze’ev Elkin (Likud) called the “well-orchestrated media festival surrounding the publication” of the recommendations a “regrettable attempt to apply illegitimate pressure on the public and political system to bring down a right-wing government in complete contradiction to the provisions of the law.”

He added that it is his belief that Netanyahu will continue to serve as the leader of the country for many years to come. 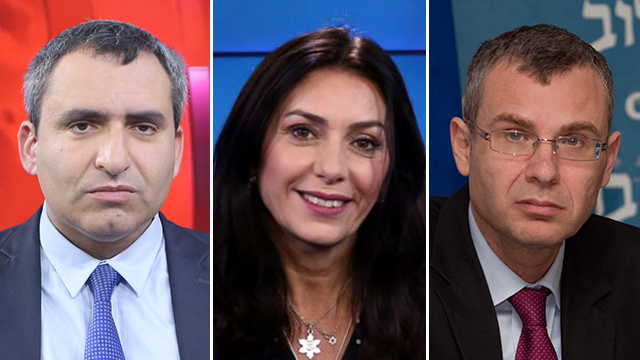 Science Minister Ofir Akunis (Likud) commented on the police’s decision on Facebook, where he wrote, “In a country governed by law, a prime minister is not convicted on the basis of police recommendations or television studios.
“I believe the prime minister’s words. I’m telling you again tonight: the citizens of Israel elect the prime minister, only in free and democratic elections.”

Opposition members side with the police

Members of the opposition, meanwhile, backed the police’s conclusions, calling on the prime minister to step down.

Yesh Atid leader Yair Lapid explained his part in Case 1000, in which he was named a key witness. “As part of the investigation into Case 1000, the police approached me and asked me to provide testimony about my time in the Finance Ministry. As is expected of any law-abiding citizen in the State of Israel, I provided a short testimony about the attempt to extend the ‘Milchan law’ to 20 years,” Lapid said. “I would like to stress that despite pressure to do so, I refused to pass the law.”

The Yesh Atid leader added that “even if the law doesn’t require the prime minister to resign, in a civilized nation, a man who faces such serious accusations – the great majority of which hasn’t been denied – cannot continue serving as the prime minister, who is entrusted with the security and well-being of the citizens of Israel. There is no way one could run a country while fighting such serious suspicions.”

Zionist Union faction chairman MK Yoel Hasson asked Attorney General Avichai Mendelblit to set a date for a decision to be made about whether or not to indict Netanyahu.

“Once all the investigative activities have been completed, and all that is left is the task of legal interpretation, I request of you to please set a final date for the decision to indict the prime minister,” he wrote in his letter to the AG.
Zionist Union leader Avi Gabbay reiterated Hasson’s request, saying the premier should “immediately announce a leave of absence. If he does not, heads of the coalition parties should make the decision for him.”

“The police’s recommendations are clear, severe and decisive. It’s time to put an end to the culture of political graft that is destroying this country,” he added. 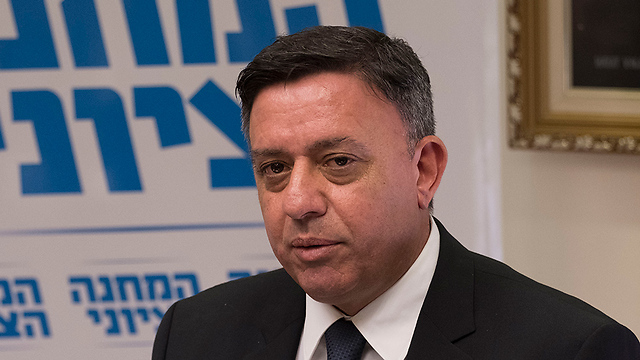 Former prime minister Ehud Barak, a bitter rival of Netanyahu, called on him to suspend himself and for the coalition to appoint a replacement on Wednesday morning.

“The depth of corruption is horrifying,” Barak said. “This does not look like nothing. This looks like bribery.”

The Israel Police announced Tuesday there is sufficient evidence to indict Prime Minister Benjamin Netanyahu for bribery, fraud and breach of trust in two cases against him, Case 1000 and Case 2000.