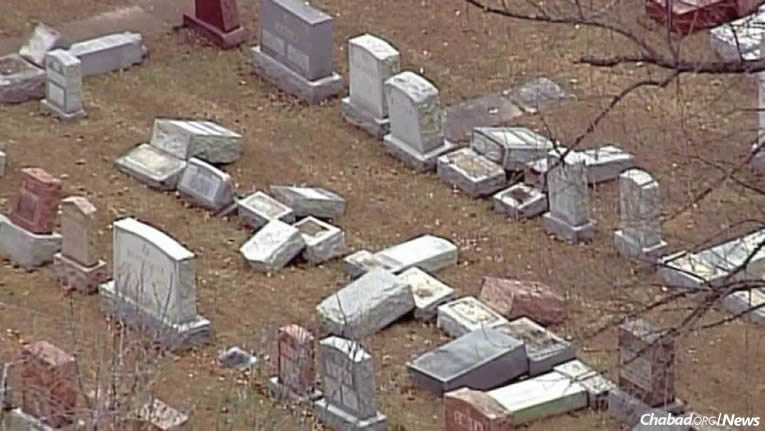 Two days after a Jewish cemetery in St. Louis Missouri was vandalized, a crowdfunding project launched by Muslim activists has raised more than $55,000 in one day to repair more than 200 headstones at the Chesed Shel Emeth Cemetery.

The cemetery vandalism came amid rising anti-Semitism in the United States, where Jewish centres have increasingly been targeted with bomb threats within  n the last

According to Al Jazeera News report on Tuesday, Linda Sarsour of the grassroots civil rights MPower Change group and Tarek El-Messidi of the non-profit CelebrateMercy organisation called on people to donate.

They launched the campaign with a goal to raise $20,000, a target that was hit in three hours. By early Wednesday, at the time of publishing, $55,341 had been raised.

“Muslim Americans stand in solidarity with the Jewish American community to condemn this horrific act of desecration,” the activists said. 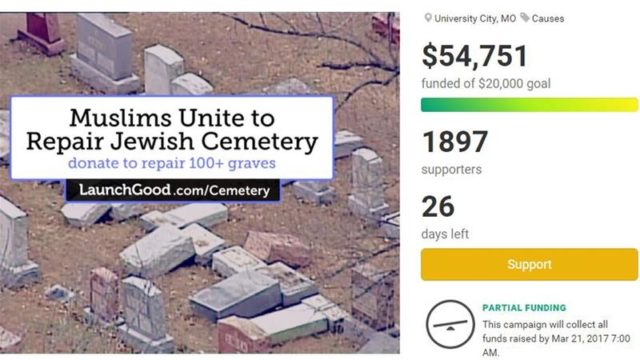 In their crowdfunding pitch, Sarsour and El-Messidi appealed to cooperation between Jews and Muslims recorded in the Quran.

“Through this campaign, we hope to send a united message from the Jewish and Muslim communities that there is no place for this type of hate, desecration, and violence in America,” they wrote.

“Any remaining funds – after the cemetery is restored – will be allocated to repair any other vandalised Jewish centres,” the pair said.

Investigators are continuing to assess the CCTV footage as they seek to identify any clues which could help lead to the capture of the people who perpetrated the act which has rocked the Jewish community in the US.

DONATE WHAT YOU CAN. Muslims Unite to Repair Jewish Cemetery! https://t.co/HVWIvpZtCR

US President Donald Trump on Tuesday publicly condemned such attacks:

“The anti-Semitic threats targeting our Jewish community and community centers are horrible and are painful and a very sad reminder of the work that still must be done to root out hate and prejudice and evil,” Trump said.

Both Muslim and Jewish communities have expressed fear over rising discrimination in recent months. 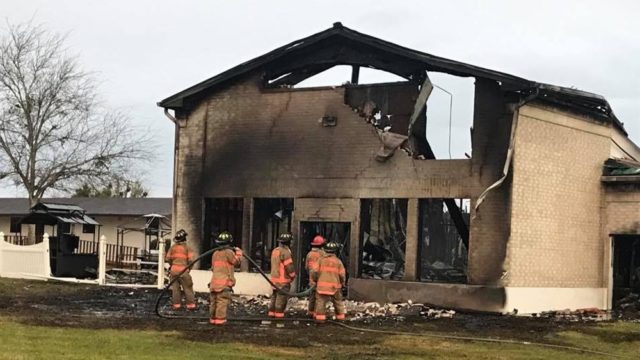 Jonathan Greenblatt, chief executive of the Anti-Defamation League, the Jewish civil rights group that has been highly critical of Trump, called the statement an “important first step.”

“I think the Jewish community has been looking for leadership from the president. I was encouraged to hear him step up and say that proactively and now we need to look for the follow-up so we can move from words to action,” Greenblatt said.

Last month when a mosque burned down in Texas, local Jewish community support the local muslin neighbors and handed them the keys to their synagogue so they could continue to worship.