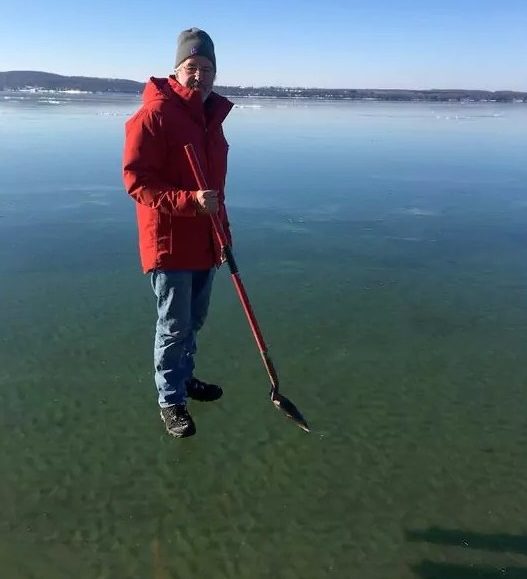 The shovel in his hands in the photo was to test the ice, he said

Andre Poineau took a photograph of this super-clear ice of Lake Charlevoix in mid-Januaryand ever since it has gone viral.

The 63-year-old businessman told USA Today he’s seen the 2 inches thick crystal ice several times before. He even remembers playing lake hockey on such ice in the 1970s. the frozen  as he ventured onto who owns a design-and-build architectural company, said he’s seen  But it never ceases to amaze. 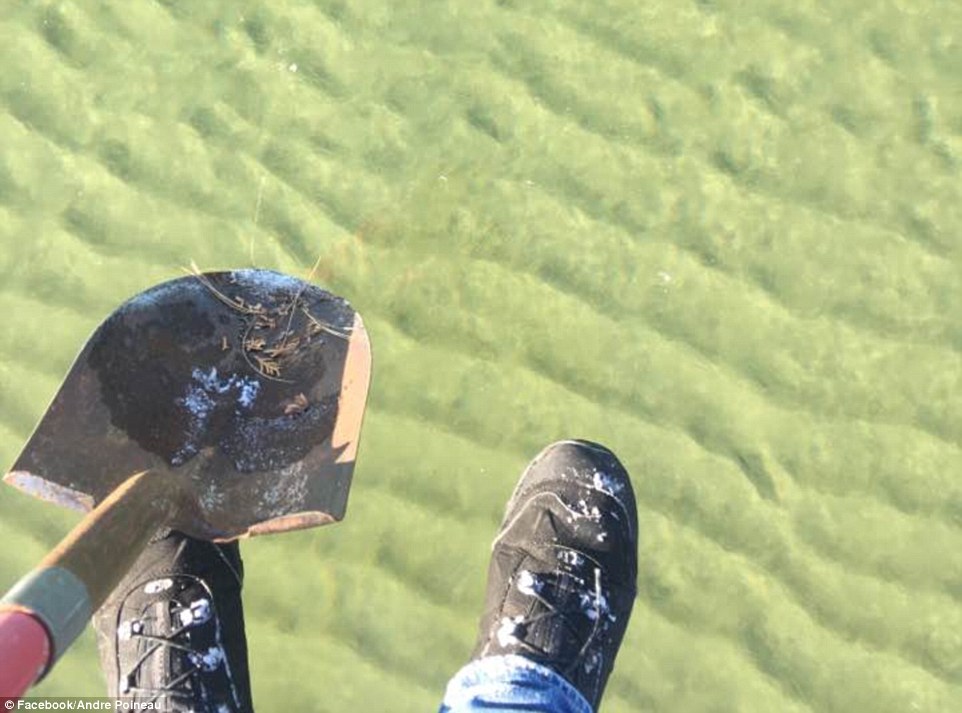 “It does feel weird,” he said. “You’re very apprehensive. I was standing over about 6 feet of water, and even though this ice was just as solid as can be, I didn’t want to go out any further.”

Ice is most typically cloudy because of what’s going on when it’s created. Sediments and wind that stirs water up is often a factor in freezing lakes, according to the Great Lakes Environmental Research Laboratory.

Crystal clear ice created on occasion of very cold weather and little to no wind at all.

For two days before Poineau took the photo, there had been no wind near the lake and the nightly lows were six degrees Fahrenheit.