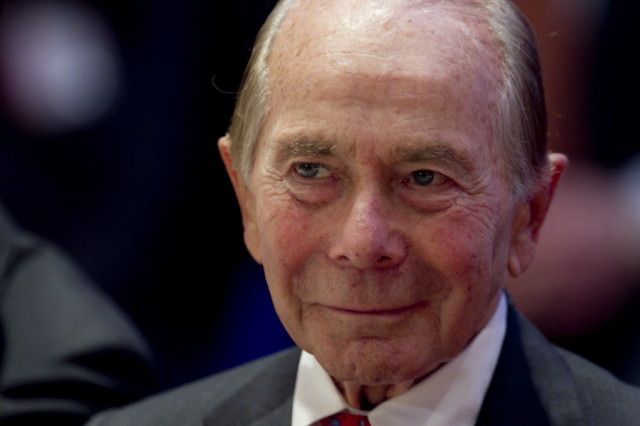 Goldman Sachs CEO Lloyd Blankfein and JPMorgan head Jamie Dimon were putting together a plan to bail out AIG privately before the government stepped in, Bloomberg reports.  Maurice “Hank” Greenberg, who was the largest shareholder of AIG, filed a lawsuit for $25 billion relating to the government’s bailout in AIG, alleging that taking 80% of the company’s shares in exchange for an $85 billion loan violated the 5th Amendment that the government cannot seize private property without just compensation.

Thomas Baxter, general counsel of the New York Federal Reserve Bank, said that he heard that Blankfein and Dimon said AIG, “was another problem we were taking care of, ” and Baxter added, “I took careful not of that colloquy, and it led me to believe we had another issue in AIG, but it was being handled by the private sector.” Baxter testified in a trial over the terms of the AIG bailout.

The New York Fed hired JPMorgan’s then-counsel Davis Polk & Warell LLP, “to eventually take over the documentation of a deal that was originally going to be done by JPMorgan Chase.”

David Boies, the attorney for Greenberg’s Starr International, showed that AIG was charged a higher interest rate than many banks the government bailed out. The interest rate charged AIG was 14%, triple some other financial institutions paid. Scott Alvarez, the Fed’s general counsel, said that the terms of the government bailout of AIG was intended to help AIG stay in operation and not to create disruption over the wider market.

Boies asked Alvarez, “Could both of those objectives have been achieved if the interest rate paid by AIG was half of what is charged?”